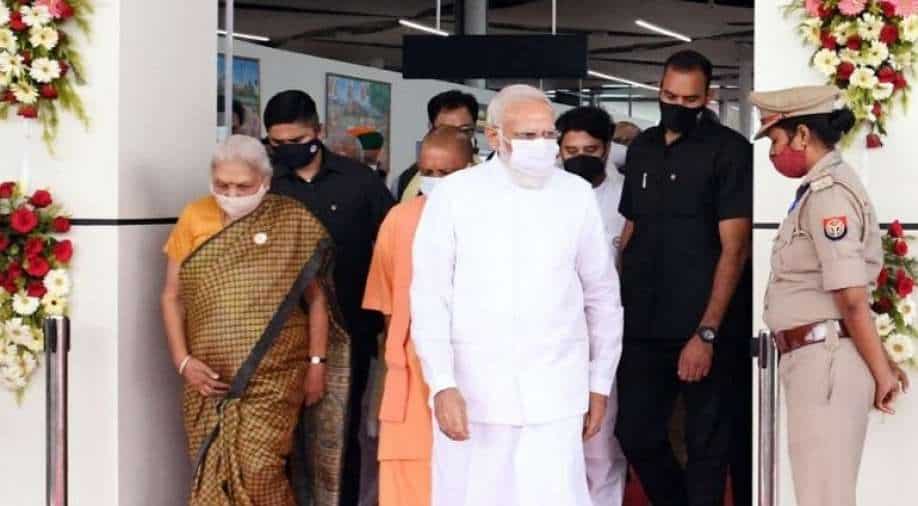 While participating in the Abhidhamma Day at the Mahaparinirvana Temple in Uttar Pradesh's Kushinagar, Modi planted a Bodhi tree sapling

The inauguration by Prime Minister Narendra Modi of the Kushinagar International Airport is an important landmark connecting the Buddhist- pilgrimage, holy sites for Buddhists around the world.

At the event, Modi said ''the airport won't just be a mode of air connectivity. Be it farmers, animal keepers, shopkeepers, workers, local industrialists-it'll benefit all. It'll create an ecosystem of business. Tourism will get maximum benefit, it'll generate employment for youth.''

He also highlighted that more than 900 new routes have been sanctioned under the Udaan scheme in the last few years, out of which more than 350 have also been introduced.

The ancient city of Kushinagar is the final resting place of Gautama Buddha, where he attained Mahaparinirvana after his death. It is among the most important pilgrim spots for Buddhists since ancient times.

Tomorrow is a special day for our infrastructure and civil aviation sector. The Kushinagar International Airport will be inaugurated, with the inaugural flight landing from Colombo, whose passengers include a group of respected monks. This airport will benefit UP and Bihar. pic.twitter.com/ZPraanod1o

While participating in the Abhidhamma Day at the Mahaparinirvana Temple in Uttar Pradesh's Kushinagar, Modi planted a Bodhi tree sapling.

Pointing out the similarities between Cambodia and, the country's ambassador Ung Sean said, ''In Cambodia, Buddism is the religion of our State. 85-89% of Cambodian people practice Buddhism.''

According to Moe Kyaw Aung, Myanmar's ambassador to India, ''It'll greatly help pilgrims from Myanmar to visit Kushinagar as majority of our people are Buddhists. It's a very imp Buddhist Circuit site. Now they can directly come to Kushinagar. It'll bring convenience.''