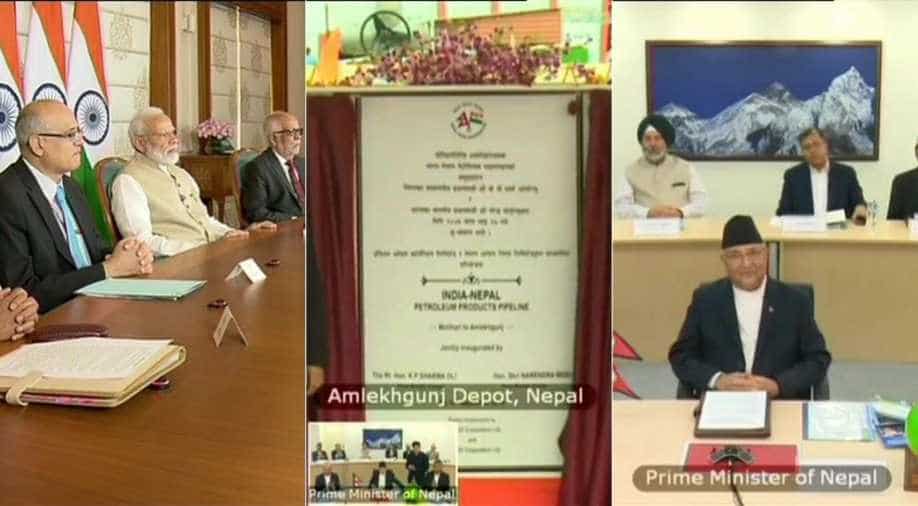 Speaking at the inauguration through video conference, PM said, "our bilateral cooperation has increased in the past few years..and India is ready to help Nepal according to country's priority."

Calling the pipeline "One of the best examples of trade and transit between India and Nepal", PM Oli said, "Implementation of various India aided projects in Nepal have gathered momentum in recent years following the understanding between me and PM Modi."

Nepal's KP Oli also said the project will enhance "interconnected and interdependence" between India and Nepal.

The idea of the pipeline was first proposed in 1996 and finalised in 2014 during PM Modi's Nepal visit. It was approved by Indian Oil at a total cost of Rs. 324 crore in September 2015 but the work was delayed following the earthquake of 2015.

The pipeline will replace road transportation and ensure uninterrupted supplies. The pipeline is 69 km long with a capacity of 2 million tonnes per annum. Around 32.7km of the pipeline is in Indian territory and 36.2 km in Nepal's territory.