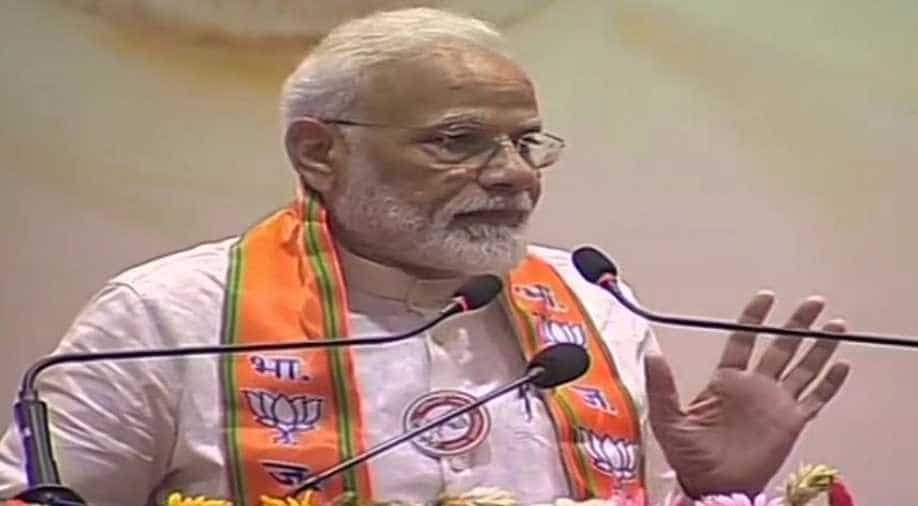 Prime Minister Narendra Modi addressed the meeting which included the Members of Parliament of both the houses.

Union Minister of Parliamentary Affairs Pralhad Joshi briefed the media about the meeting.

While addressing the media, Joshi said, ''In his address, PM Modi mentioned a very important programme regarding 'Gandhi 150', the 150th birth anniversary of Mahatma Gandhi. Between October 2-31, a 150 kilometres long ''padayatra'' will be undertaken in each Lok Sabha constituency.''

''Rajya Sabha MPs will be allotted a constituency. 15-20 teams will be formed in each constituency. They'll undertake 15 kilometres 'padayatra' daily. MPs will organise programs on Gandhi Ji, freedom struggle, tree plantation. There'll be a party level committee to implement it,'' Joshi added.

The leaders at the meeting congratulated Sitharaman for presenting the Union Budget 2019. She is the first full-time woman Finance minister who presented the budget.

This was the first meeting of BJP after the Budget.

The finance minister unveiled India's Budget for the fiscal year ending March 31, 2020, to Parliament on June 5. She announced a slew of measures in the Budget to boost the economy.

The budget proposals were welcomed with frequent thumping of desks by the treasury benches with PM Modi too joining the members.