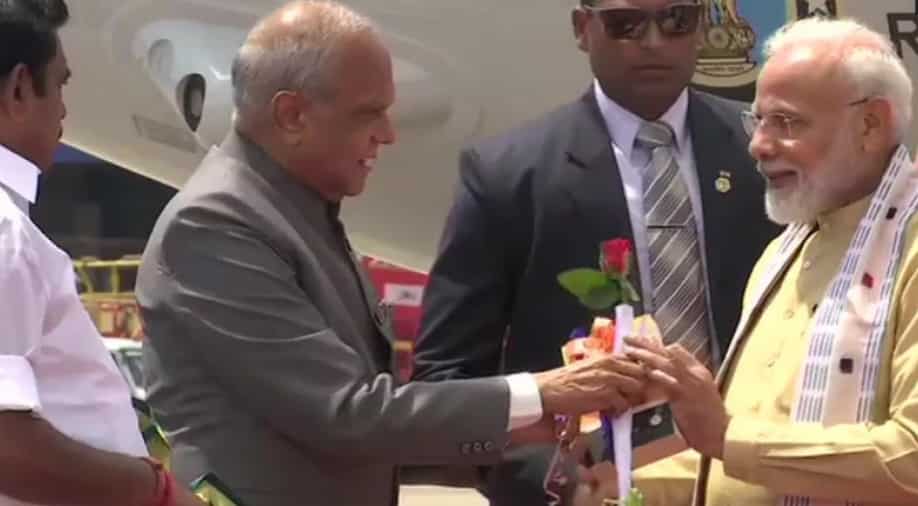 President Xi along with PM Modi will undertake a guided tour of three monuments - Arjuna’s Penance, Panch Rathas and Shore temple- at Mamallapuram in the evening.

PM Modi arrived in Mamallapuram on Friday morning after he docked at Chennai airport ahead of his second informal summit with Chinese President Xi Jinping. The Chinese president is expected to arrive at Mamallapuram in the afternoon after 2pm.

President Xi will be arriving in the southern Indian city along with his foreign minister Wang Yi and other Politburo members with both countries expected to discuss trade, maritime security and Quad exercises among several other issues.

President Xi along with PM Modi will be taken on a guided tour to three monuments - Arjuna’s Penance, Panch Rathas and  Shore temple - at Mamallapuram in the evening.

On Saturday, India and China will hold delegation-level talks. President Xi and PM Modi have met more than ten times in the last five years, out of which four meetings happened in 2018, starting with informal Wuhan Summit in April followed by bilateral meetings on the sidelines of SCO, BRICS and G20.

The Chinese president will be leaving for Nepal on Saturday afternoon after the end of the informal summit with the Indian prime minister.