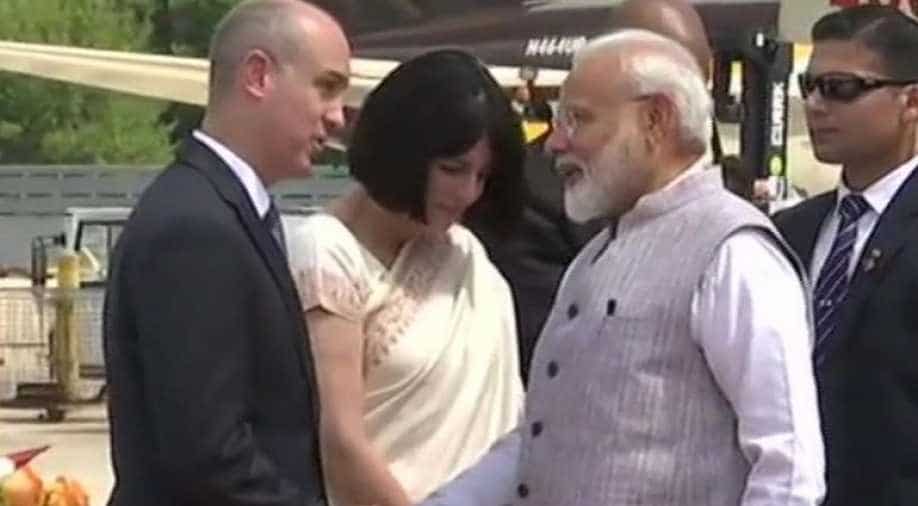 At the 'Howdy Modi' event, PM Modi will address the Indian diaspora on Sunday.

Kick-starting his engagements in the US, the PM is expected to meet the CEOs of the energy sector in the country which will be followed by 'Howdy Modi', billed as the biggest address ever in the United States by a foreign leader on Sunday. Modi will address the Indian diaspora during the event.

According to the organisers, Texas India Forum, the event is expected to witness the attendance of as many as 50,000 people. Senior US diplomats along with US President Donald Trump will be present at the meeting.

In his departure statement, the prime minister said, "I am confident that my visit would present India as a vibrant land of opportunities, a reliable partner and a global leader and will also help impart new energy to our relations with the US."

PM Modi will be meeting around 45 world leaders from India's immediate neighbourhood to Latin America.

He will be meeting US President Trump on Tuesday in New York. Earlier Modi in the statement said he looks forward to meeting with Trump in Houston and New York.

"The US is a vital partner for our national development with rich possibilities of partnership in education, skills, research, technology and innovation and an enabler for India in economic growth and national security... Working together, we can contribute to building a more peaceful, stable, secure, sustainable and prosperous world," he said.

The prime minister will be in New York from Monday and will be speaking nine times at various events throughout the week that will be broadcast live. Monday will see him address climate change and health care summit at the United Nations.