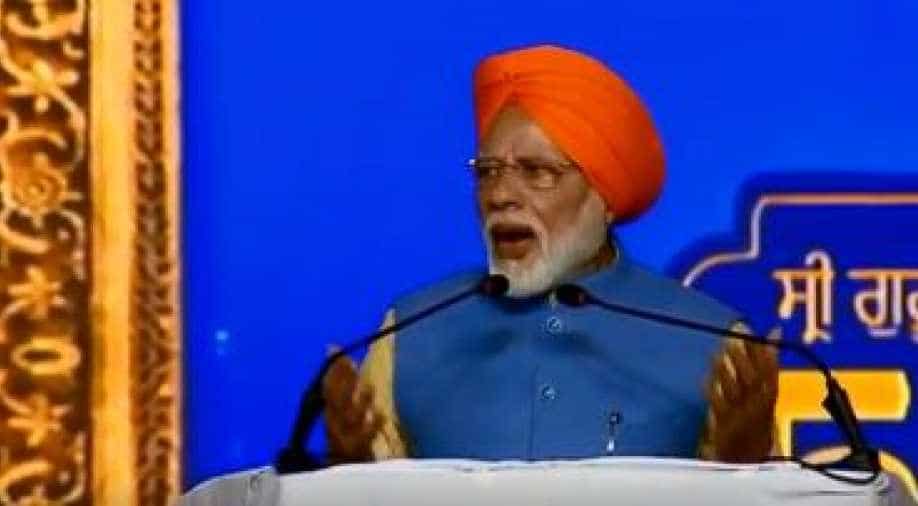 The Prime Minister also tweeted a video showcasing his visit to the Kartarpur Corridor along with a part of his speech from the inauguration of the Corridor, on November 9.

"This is a day to rededicate ourselves to fulfilling Shri Guru Nanak Dev Ji`s dream of a just, inclusive and harmonious society," Modi tweeted.

The Prime Minister also tweeted a video showcasing his visit to the Kartarpur Corridor along with a part of his speech from the inauguration of the Corridor, on November 9, where he had called on everyone to take inspirations from life and teachings of Guru Nanak Dev.

"Guru Nanak Dev Ji taught us the importance of living with true values and also gave an economic system based on honesty and self-confidence," he outlined.

Similarly, Union Home Minister Amit Shah also extended his "hearty greetings to the entire countrymen" on the occasion as well.

"The first Guru of the Sikh Panth, the venerable Guru Nanak Dev Ji is a unique symbol of India's rich saint tradition...The teaching of Guru Nanak Dev always inspires us to remove discrimination from the human race," he tweeted.

Shah also stated that the Kartarpur Corridor "dedicated by Modi Ji" on the 550th anniversary is a "true tribute to Guru Nanak Devi Ji."

On November 9, Prime Minister Narendra Modi and his Pakistani counterpart Imran Khan inaugurated the Kartarpur Corridor at Gurdaspur and Kartarpur respectively, facilitating the visa-free travel of Indian pilgrims to Kartarpur Sahib, which is the last resting place of Guru Nanak Dev.