PM has much to hide about Rafale deal: Congress 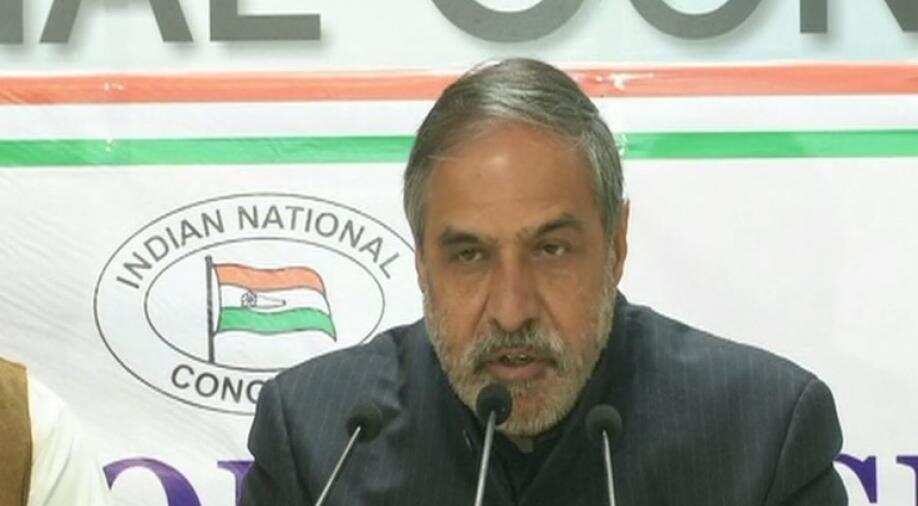 Questioning Modi's silence over the deal, senior Congress leader Anand Sharma claimed that only the prime minister was aware that the offset contracts would not be given to Hindustan Aeronautics Limited (HAL).

Continuing with its campaign against the government over the Rafale deal, the Congress Sunday claimed that Prime Minister Narendra Modi was directly involved in it, adding that he had much to hide about it.

Questioning Modi's silence over the deal, senior Congress leader Anand Sharma claimed that only the prime minister was aware that the offset contracts would not be given to Hindustan Aeronautics Limited (HAL).

"It was his (Modi's) decision. Only he was privy to what he was going to do," Sharma said, addressing a press conference at the party office here.

It was expected that the prime minister would speak on this issue of national importance, but he continued to remain silent while making tall claims about his government, the Congress leader said.

"The prime minister has much to hide in the Rafale deal. His silence raises fundamental questions, because he is directly complicit and personally accountable for it," he alleged.

Claiming that the Rafale deal was the biggest scam in the history of the country, Sharma reiterated his party's demand for setting up a Joint Parliamentary Committee to look into it.

The former Union minister also questioned Defence Minister Nirmala Sitharaman's visit to France, during which she will take stock of the progress of French firm Dassault Aviation supplying 36 Rafale jets to the Indian Air Force under the Rs 58,000-crore deal.

Sharma maintained that there was a hike in the price of the fighter aircraft India was buying from France and asserted that the prime minister needed to clear many doubts about the deal that had been raised.

He said more details of the deal would emerge if a forensic audit of it was carried out.

The Congress has been claiming that the aircraft will cost significantly more than what the previous United Progressive Alliance (UPA) government was negotiating.

The opposition party has also been demanding answers from the Bharatiya Janata Party-led National Democratic Alliance (NDA) government as to why HAL was not involved in the deal as finalised during the UPA regime.