‘Plogging' mission: 50 Indian cities in 50 days, a movement for a cleaner India 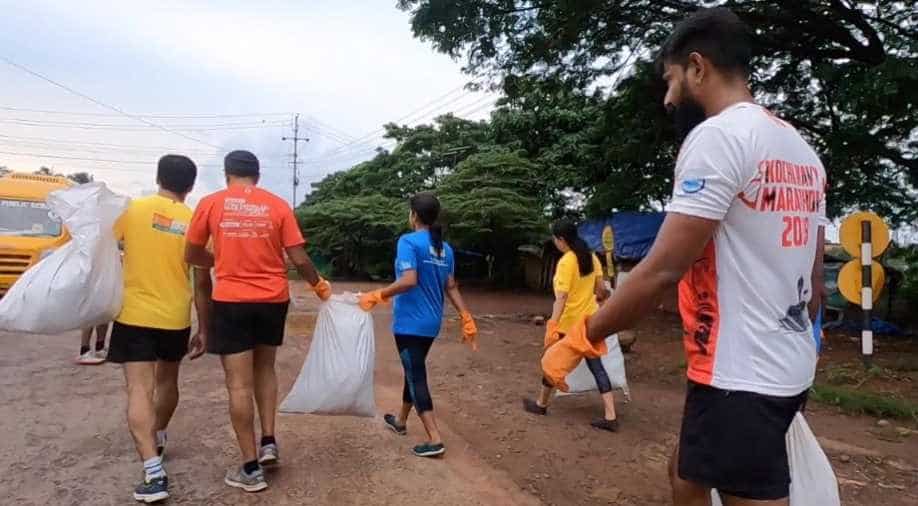 Ripu Daman Belvi, an engineer by qualification who used to work for an MNC and hails from Delhi has embarked on this ambitious pan-India 'plogging' mission.

Is there a way to run, stay fit, stretch and help the environment and society in a small way? Taking inspiration from Sweden's exercise trend 'Plocka Upp', people in Kerala's Kochi city are running while picking up litter.

Ripu Daman Belvi, an engineer by qualification who used to work for an MNC and hails from Delhi has embarked on this ambitious pan-India "plogging" mission.

The objective is to cover 50 Indian cities from the Southern end until up North, spreading awareness about ‘plogging’ and the importance of reducing single-use plastic usage to a bare minimum, while also ensuring that it is disposed of properly. The plogging run was started on September 5 in Kochi and has covered Madurai, Salem, Coimbatore, Puducherry, Chennai. It is slated to cover major cities across India ranging from Bangalore, Vijayawada, Ahmedabad, Kolkata, Agra, all the way up to Jammu before it concludes in New Delhi.

Speaking to WION Ripu said, “as a marathon runner I’ve seen how our cities look early in the mornings when there are fewer people and less vehicles, more plastic and trash is lying on our roads. This is what initiated me to work towards making it a cool practice to clean the trash that’s even left behind by other people. Firstly our city is our responsibility and it had to be firmly established in the minds of our fellow citizens.” 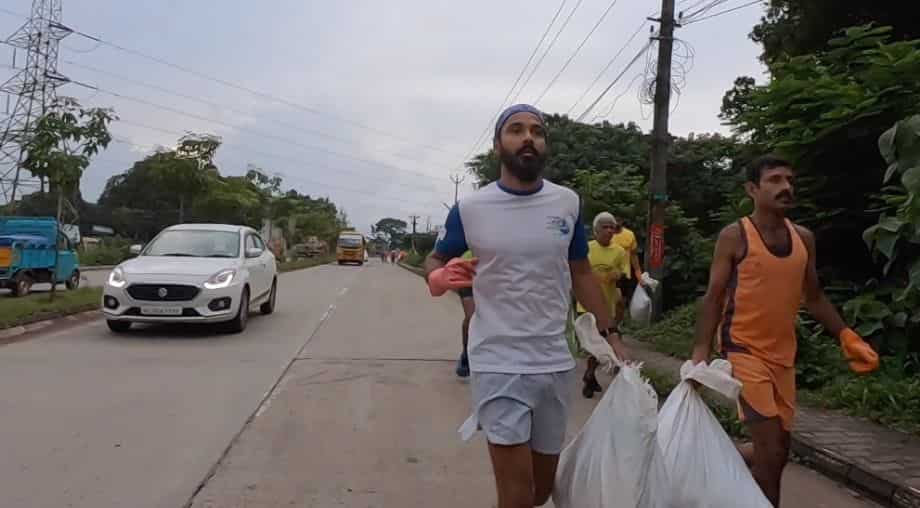 "In our running group, we introduced plogging as a cool-down exercise after long-distance runs. Hence, it would serve as a slow jog and a cleanup. Using Facebook we connected to various running groups across the country and more people became aware of this. Initially, it was called ‘My city My responsibility’ and later we started calling ourselves ploggers of India, borrowing the term from a Swedish ultra-marathoner", Ripu added.

So far their team has conducted over 300 plogging drives across 21 Indian cities with the aid of several Facebook groups that bring together runners in the respective cities. They also encourage participants to pledge to stop littering and move away from single-use plastic.

On how this movement caught on with the public, Ripu said, “how much ever one speaks about cleanliness, it really materialises only when one bends down and picks up trash. It's not always about trash collection alone, disposal is the crucial part and we have partners who help us in recycling the plastic. We could also minimise our use of single-use plastics by reusing them to the maximum level. I have been on a ‘plastic upvaas’ (fast) over the last few weeks by ensuring that I don’t use products that come packaged in single-use plastics."

"In the last week, we have collected hundreds of trash bags, over 400kg of waste and nearly 200 people have joined in at random from different cities. We also use reusable trash bags and gloves, some of the plastic trash we collect is also recycled into T-shirts by our partner company RElan. We plog anywhere from 7 hours to 15 hours a day depending on the conditions and later we (our team of two members) drive to the next city to carry on the work there. Sometimes there aren’t too many adults on weekdays, then kids surprise us by joining in for a short plogging run," Ripu said while discussing how the mission is progressing.

With many fitness and lifestyle magazines having named plogging as a major trend of 2018, Ripu hopes to take it to the masses by plogging all the way, upto New Delhi where he aims to reach by the November 3.