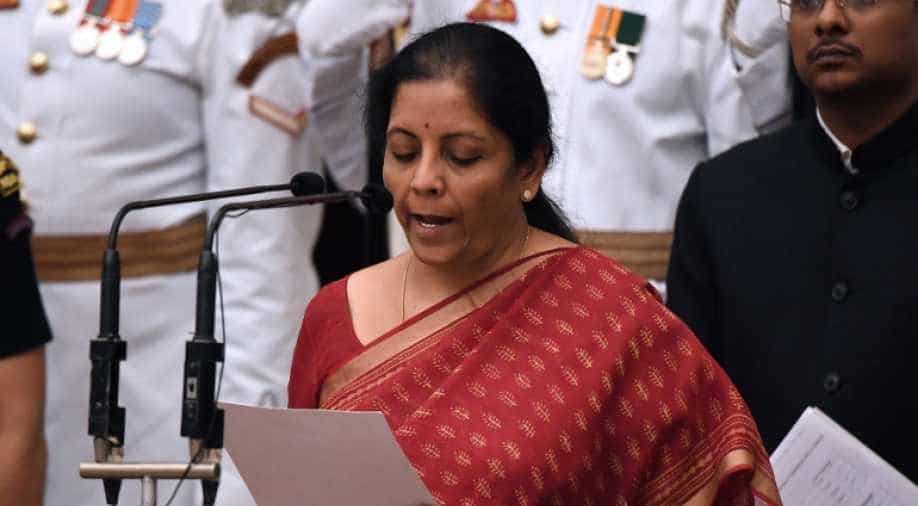 Nirmala Sitharaman was elevated to cabinet rank in the reshuffle of the union cabinet today. Photograph:(Reuters)
Follow Us

Nirmala Sitharaman, who was elevated to Cabinet rank today, will be the country's new defence minister.

Piyush Goyal, who was also promoted to Cabinet minister, has been allocated the railway portfolio.

Have to prove & perform to satisfy the goals which are expected of me. In all probability, it(taking charge) will be on Sept 6: N Sitharaman pic.twitter.com/17EjjA1UQz

Finance minister Arun Jaitley had been holding additional charge of defence after Manohar Parrikar moved to his home state Goa as chief minister.

It is a case where a minister performs well and earns a higher responsibility for herself (Nirmala Sitharaman): Union Min Arun Jaitley pic.twitter.com/QQRn5Dxe6I

Prime Minister has set the bar very high. It's clear that he is very closely monitoring performance of each ministry &individual: A Jaitley

Goyal will replace Suresh Prabhu who had offered to resign in the wake of a string of train accidents.

Prime Minister Narendra Modi however had asked him to "wait".

Prabhu meanwhile will take over as the new commerce minister.

Thanks to all 13 Lacs+ rail family for their support,love,goodwill.I will always cherish these memories with me.Wishing u all a great life