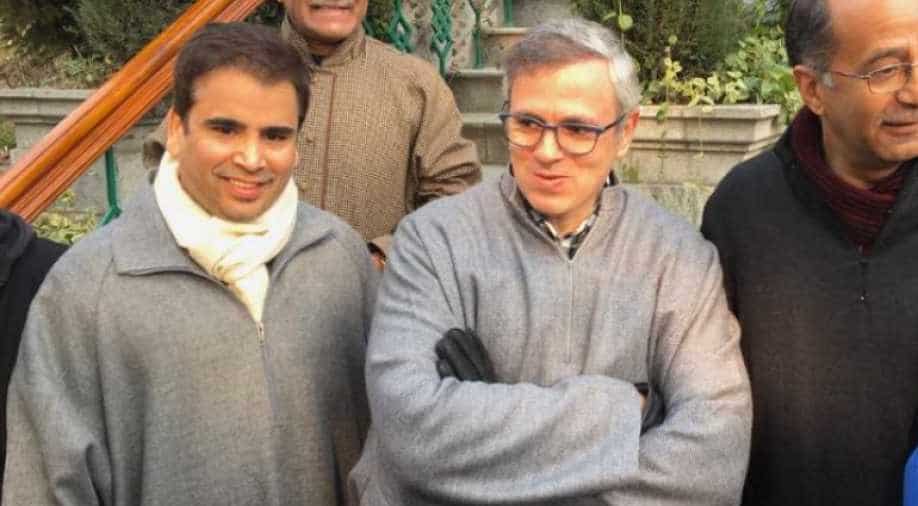 Pheran is a traditional outfit worn by both men and women in Kashmir during winters. In photo: Former J&K chief minister Omar Abdullah in pheran.  Photograph:( WION )

People in the valley take pride in wearing this traditional dress. Kashmiri brides, regardless of religion, dress in designer Pheran.

It's an attire that's unique to Jammu and Kashmir. Come winters and the Pheran can be seen everywhere on the streets but now, an order by the state's education department, banning officials from wearing it to work has sparked a controversy.

The order has evoked strong reactions and condemnation from all sections of the society in the valley. The former chief minister of the state Omar Abdullah termed the order regressive. He challenged the move with pictures of his father, Farooq Abdullah, wearing the dress.

My father & I have worn pherans to official functions many times over the years & will continue to do so, silly government orders not withstanding. #dontbanourpheran #revokepheranban. pic.twitter.com/nEsjpMd4XB

"The fact is that for no item we have a dress code, why for this? If there is a threat by Pheran, then every Kashmiri is a suspect," Omar said.

The move has sparked a social media campaign with people posting their pictures in Pheran, with hashtags like #PheranBan and #SayNoToPharanBan. Some even called the move an onslaught on Kashmiri culture.

"This is a very regressive step. In Kashmir everyone wears Pheran, it is part of our culture. Ladakhi people wear their attire and in south India, people wear Lungi, then why just Pheran?" National Conference Spokesperson, Tanvir Sadiq told media.

Pheran is a traditional outfit worn by both men and women in Kashmir during winters. It helps protect people from the bone-chilling cold. Over the years, Pheran -- which has its roots in West Asia and Afghanistan -- has been customised and redesigned to make it contemporary and fashionable.

People in the valley take pride in wearing this traditional dress. Kashmiri brides, regardless of religion, dress in designer Pheran.

"We have grown in Pheran, we have seen our parents and grandparents wearing it. Now, if someone dictates us that we shouldn't wear Pheran, it will be treated as part of aggression," said Social activist Babar Qadri.

In the city of Srinagar, there are many shops dedicated only to making Pherans which customise them according to the need and demand of customers. According to the shopkeepers, the demand for Pheran has only gone up over the years.