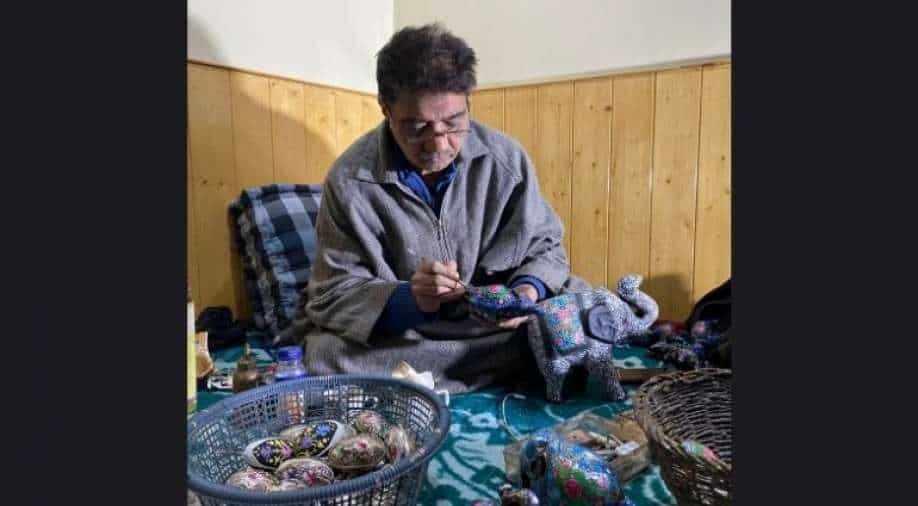 Papier-mâché is the French word for 'chewed paper' Photograph:( WION )

According to a figure, 45,000 artisans are associated with Papier-mâché and now the government is aiming to showcase their products online to a wider audience.

A form of handicraft, papier-mâché, was brought to medieval India by a Muslim saint Mir Sayyid Ali Hamadani from Persia in the 14th century. Since then, this art form has flourished in Kashmir valley but the coronavirus pandemic has hit these craftsmen hard.

A room full of cracked mud walls is an address to Indian papier-mâché artisan, Fayaz Ahmad Jan, who was awarded the Padma Shri -- which is the fourth highest civilian award in the country -- for his work in art craft and papier-mâché. In the morning, he walks to his workshop which is at a stone-throwing distance from his house. He has been left with just a single worker now. 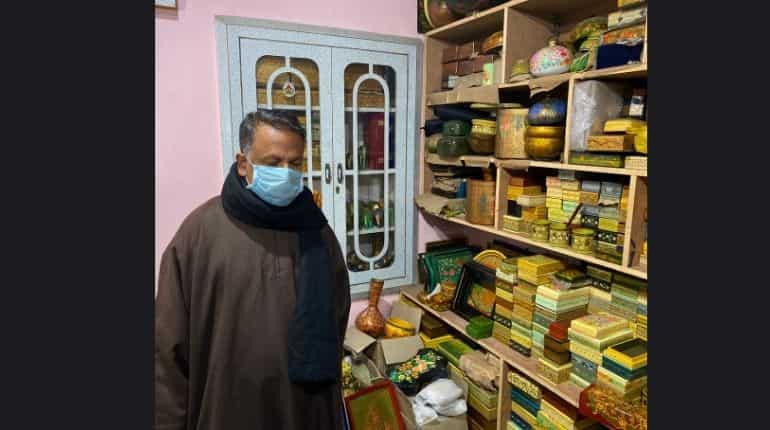 In his 35 years, as an artist, Fayaz has not only won the national award but also got global recognition for his work which is on display at several key locations in India including Chhatrapati Shivaji Maharaj International Airport in Mumbai. With his hands, he puts designs on paper objects taking curves and colors.

The outbreak of COVID-19 has brought several industries to a grinding halt and the story here is no different. Several small-time workers he knows have moved to other small-time jobs. 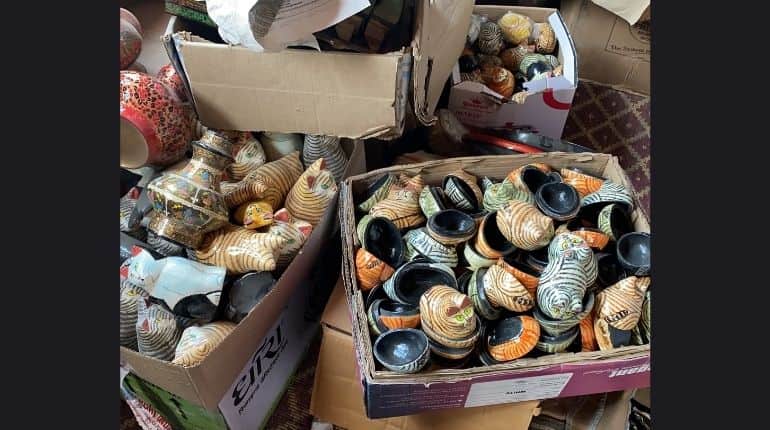 "Craftsman isn't much educated and they have a boundary. The government should start counseling them in these hard times. I wish craftsman who left this work because of COVID-19 return and start earning back by this art," says Fayaz Ahmad Jan, a Padma Shri awarded Papier-mâché artist.

Papier-mâché is the French word for "chewed paper," the raw paper pulp is transformed into an aesthetically pleasing object, painted and designed by hand. It takes years for a person to learn this skill. Most of these products are used as house decorative items, some and unique and festive.

"About 90 percent of this was exported but after COVID, that figure has fallen. The youngsters don't want to pick this craft because there is low income," says Mohd Yasin, a Papier-mâché artist from Srinagar.

According to a figure, 45,000 artisans are associated with this art form and now the government is aiming to showcase their products online to a wider audience.