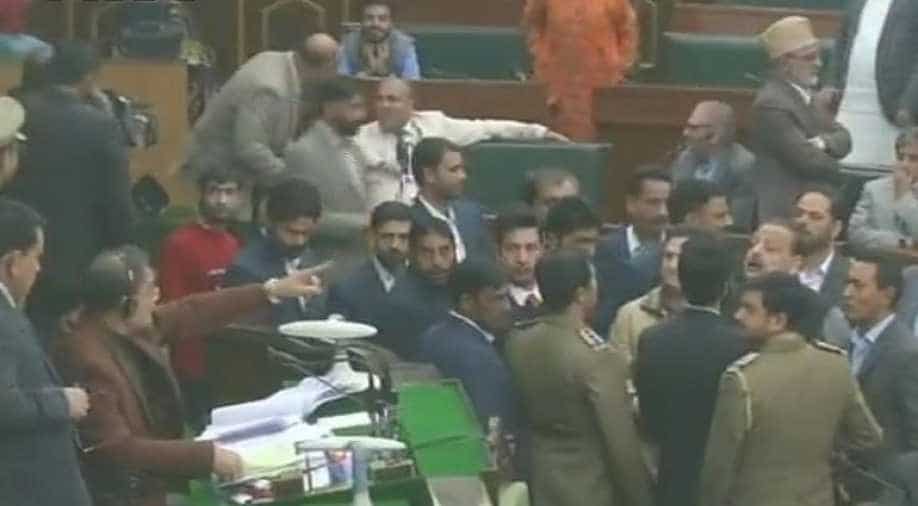 Noisy protests and anti-government slogans disrupted the Jammu and Kashmir Assembly today as the opposition Congress and National Conference (NC) staged a walkout over the issue of civilian killings and human rights violations in Kashmir.

The opposition parties were demanding a discussion on the issue.

As the house assembled, members of the NC and Congress asked for an adjournment of question hour for a discussion on the issue of civilian killings. However, Speaker Kavinder Gupta did not allow it, prompting them to troop into the well of the house amid protests and anti-government slogans.

The speaker rejected their demand and told them to raise the issue in zero hour. The opposition legislators continued to protest loudly, interrupting the proceedings of the house.

Minister A R Veeri said the opposition has no issue and was only wasting the time of the House.

NC MLA Ali Mohd Sagar told reporters they wanted adjournment of the question hour for a discussion on the issue of civilian killings but the speaker did not allow it.