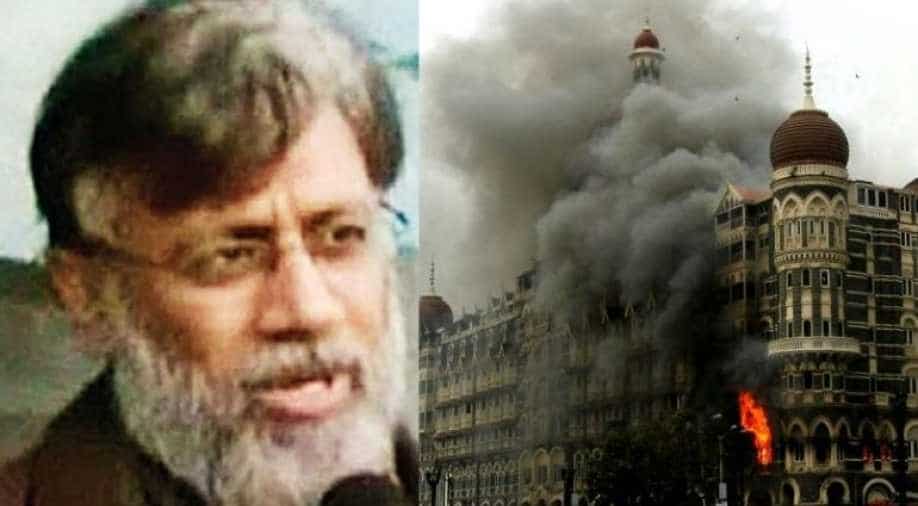 US District Court Judge in Los Angeles Jacqueline Chelonian said in her order on November 13 that the extradition hearing, in this case, is scheduled for February 12, 2021, at 10:00 a.m.

The US government has told a federal court that Tahawwur Rana, who has been declared a fugitive by India, not only wanted a "top-class" medal for his role in the Mumbai terror attacks but also demanded the nine LeT attackers who were killed in the carnage be given Pakistan's highest military honour.

The 59-year-old Pakistani-origin Canadian businessman Rana, a childhood friend of David Coleman Headley, was re-arrested on June 10 in Los Angeles on an extradition request by India for his involvement in the 2008 Mumbai terror attacks in which 166 people, including six Americans, were killed.

US District Court Judge in Los Angeles Jacqueline Chelonian said in her order on November 13 that the extradition hearing, in this case, is scheduled for February 12, 2021, at 10:00 a.m.

US attorney Nicola T Hanna in his submission before the court in Los Angeles in support of Rana's extradition to India said that Rana, Headley, LeT members, and the other co-conspirators'' plans came to fruition between November 26 and 29, 2008, when ten members of LeT carried out a series of twelve coordinated shooting and bombing attacks.

Headley discussed the Mumbai attacks with Rana in the months following the attacks, he said.

In December 2008, Headley shared what he had learned from their co-conspirators in Pakistan and told Rana about the different places that had been attacked, reminding him that Headley had made videos of those places.

"Referring to a 1971 attack on his school in Pakistan, Headley told Rana, that he believed he was ''even with the Indians now''. In response, Rana said that they (the Indian people) deserved it. Also, in September 2009, the FBI intercepted Rana telling Headley that the nine LeT attackers who had been killed during the attacks should be given Pakistan's highest military honour," Hanna said in his court papers.

''Rana also asked Headley to tell another co-conspirator in Pakistan - a member of LeT and one of the planners of the Mumbai attacks - that Rana thought that he should get a medal ''for top class''. When Rana learned that Headley already had conveyed this compliment to their co-conspirator, he was pleased," he wrote.

The Mumbai bombings, however, did not end the conspiracy between Rana, Headley, LeT members, and the other co-conspirators. In particular, in 2009, Headley conducted surveillance activities for an intended, but ultimately foiled, terrorist plot in Denmark, again using Rana''s business as a cover, Hanna said.

Headley also conducted surveillance for potential future terrorist attacks in other parts of India. As he did with his surveillance in Mumbai, Headley kept Rana apprised of these surveillance activities. Starting 2009, Rana communicated directly with some of Headley''s contacts in Pakistan, he alleged.

Headley was arrested on October 3, 2009, in Chicago. Six months later, Headley pleaded guilty to 12 charges relating to his activities on behalf of LeT and agreed to cooperate with the United States. The Illinois Court ultimately sentenced Headley to a 35-year term of imprisonment.

Hanna told the court that Rana let Headley use his business as a cover to travel to India and conduct surveillance.

Headley informed his co-conspirators in Pakistan including LeT members that Rana had agreed to use the Immigration Law Center as a cover for his activities. He also showed them the visa that he obtained with Rana's assistance, the US attorney said.

In September 2006, Headley travelled to India, using the opening and operation of Rana''s immigration business as a cover for his travel and an extended stay in Mumbai, the US attorney said. While in India, Headley conducted extensive video surveillance of various locations, including the Taj Mahal Palace Hotel.

Headley later travelled to Pakistan and met with LeT members and others, provided them with the video recordings he had made, and discussed the video and surveillance he had conducted in India. At the directions of co-conspirators in Pakistan, Headley returned to Mumbai in February 2007 and conducted more surveillance of various locations, he said.