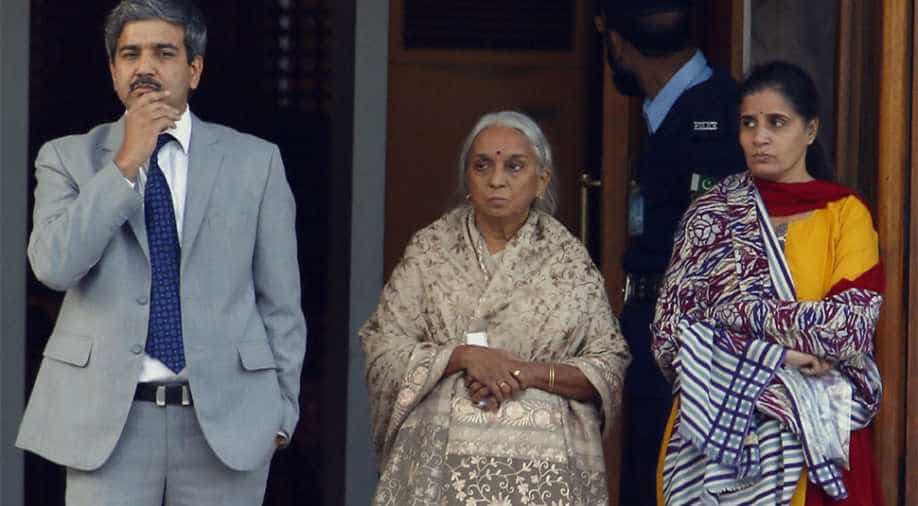 The reports said Pakistan was claiming the object was either a hidden camera or a recording chip.

The shoes had earlier been sent for forensic testing.

Jadhav's wife's -- Chetna -- shoes had been confiscated when she and her mother-in-law, Avanti, had gone to meet Kulbhushan in Islamabad on Monday.

The women had also been asked to change their clothes and were finally allowed to speak to Jadhav only through a glass panel.

India had raised strong objections to the manner in which the meeting finally took place.

Ministry of External Affairs spokesperson Raveesh Kumar had said the "cultural and religious sensibilities of family members were disregarded".

"Under the pretext of security precautions, the cultural and religious sensibilities of family members were disregarded. This included the removal of mangal sutra, bangles and bindi, as well as a change in attire that was not warranted by security," Kumar added.

He had also mentioned the shoes, saying, "For some inexplicable reason, despite her repeated requests, the shoes of the wife of Jadhav were not returned to her after the meeting. We would caution against any mischievous intent in this regard," he added.

Chetna and Avanti had also been heckled by the Pakistani media.

Several MPs in India have created outrage and adopted anti-Pakistan slogans for their inappropriate behaviour with Jadhav's wife and mother during the meeting.

Indian MPs across the board have slammed Pakistan for "harassing" Jadhav's wife and mother.

External Affairs Minister Sushma Swaraj will be making a statement on the case in the Lok Sabha today.