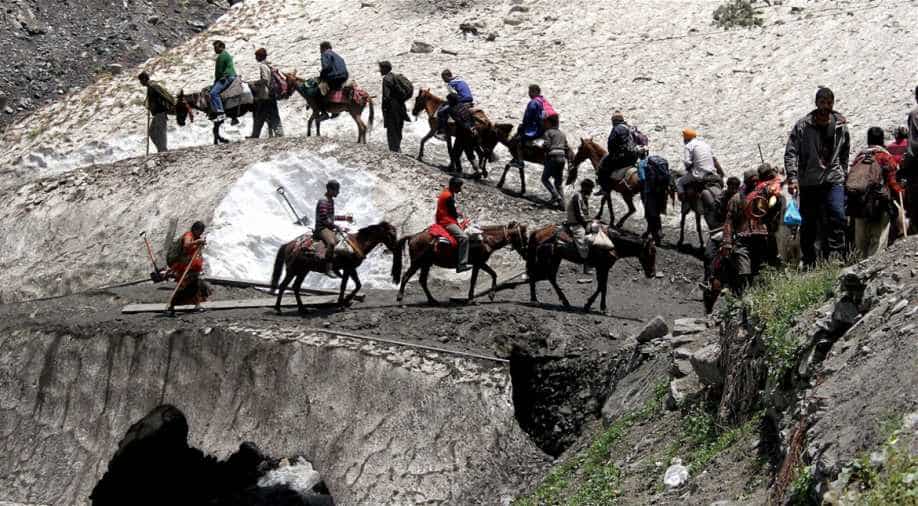 Authorities have made tight security arrangements for the safety of pilgrims during the 46-day long Amarnath Yatra.

As many as 3,21,410 pilgrims have paid obeisance at the Amarnath cave since the annual yatra kicked off on July 1.

Meanwhile, 26 pilgrims have lost their lives during the annual yatra, said officials of Shri Amarnathji Shrine Board (SASB). Two volunteers and two security personnel have also passed away.

Authorities have made tight security arrangements for the safety of pilgrims during the 46-day long Amarnath Yatra.

Security agencies are issuing barcode-enabled authority slips to pilgrims and also pasting RFID tags on vehicles that will transport pilgrims and other civilians to and from the pilgrimage site. These RFID chips will track the movement of the vehicles and will also help drivers get directions if needed. These slips contain important details such as the pilgrims' photographs and contact numbers

The cave shrine situated at 3,888 metres above the sea-level in Kashmir Himalayas houses an ice stalagmite structure that symbolises mythical powers of Lord Shiva.

This year's Amarnath Yatra will conclude on August 15 coinciding with the Shravan Purnima festival.