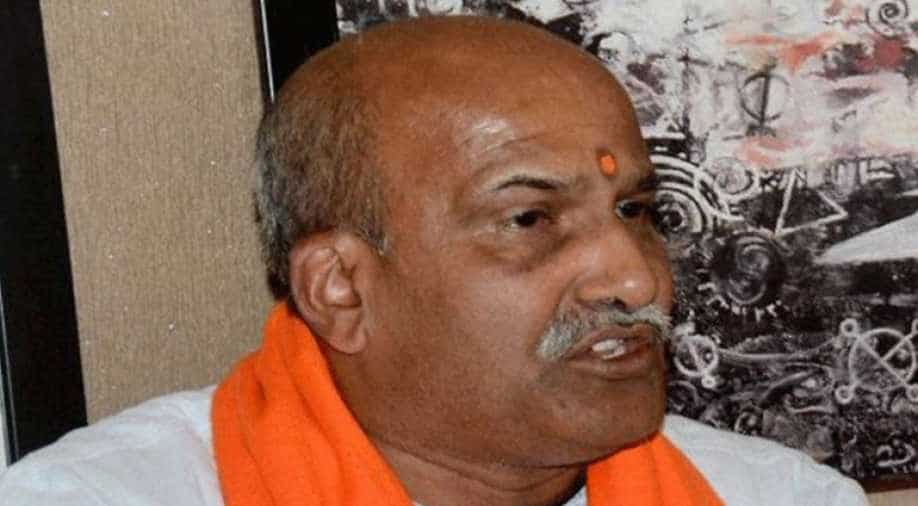 Over 30 members of the right-wing organisation Sri Ram Sene were on Monday acquitted by a Mangalore court in the January 2009 Mangalore pub attack case.

The attack had been caught on video. Members of the sene had entered a pub in Mangalore on Valentine's Day and begun attacking couples. Video footage had shown them dragging out girls by the hair, and slapping and manhandling them.

News reports said 27 people had testified as witnesses in the case but the accused were let off because of a lack of evidence.

The reports quoted Muthalik, who was in court on Monday, as saying the verdict was a "victory for truth".

The case had catapulted the sene and Muthalik into the national limelight. The sene has since become infamous for its moral policing.

The attack however had turned the tide against the BJP — making it lose young voters unhappy with the moral policing — which was at the time in power in Karnataka.

In March 2014, Muthalik joined the Karnataka BJP but his membership was revoked inside of five hours after an astonished central BJP leadership asked its state unit it was thinking.

The Mangalore pub attack had also led to the "Pink Chaddi" campaign in which women from across the country mailed pink underwear — meant to be a symbol of girl power — to the Sri Ram Sene.

Muthalik had ostensibly tempered his opinion after the attack and its fallout. He called the attack a "big mistake", saying it should never have taken place.