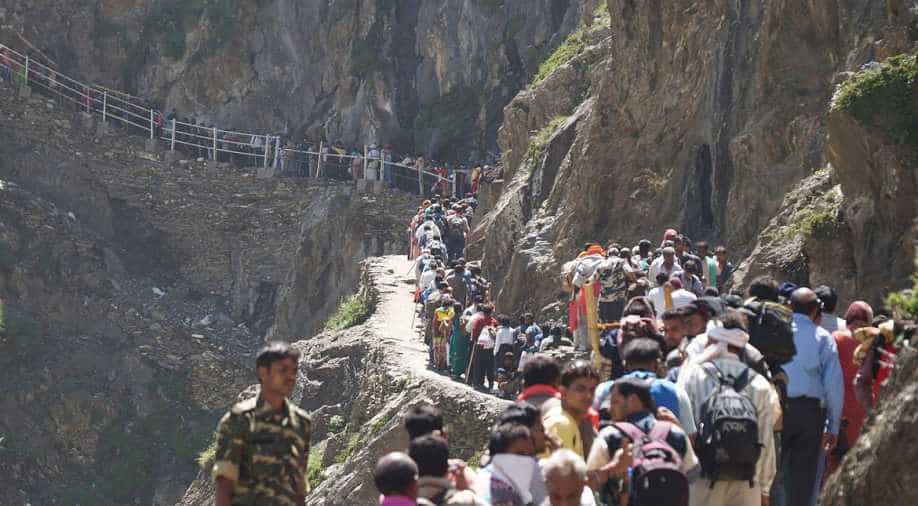 "As many as 2,32,860 pilgrims have had darshan at the shrine during the last 18 days," said officials

Over 2.3 lakh pilgrims have completed the Amarnath Yatra since it started on July 1.

"As many as 2,32,860 pilgrims have had darshan at the shrine during the last 18 days," said officials of Shri Amarnathji Shrine Board (SASB).

Authorities have made tight security arrangements for the safety of pilgrims during the 45-day long Amarnath Yatra.

Before the Home Minister's visit, Northern Army Commander Lieutenant General Ranbir Singh visited units deployed for security of Amarnath yatra and reviewed the security arrangements on both the axis of Baltal and Pahalgam.

The cave shrine situated at 3,888 metres above the sea-level in Kashmir Himalayas houses an ice stalagmite structure that symbolises mythical powers of Lord Shiva.

This year's Amarnath Yatra will conclude on August 15 coinciding with the Shravan Purnima festival.