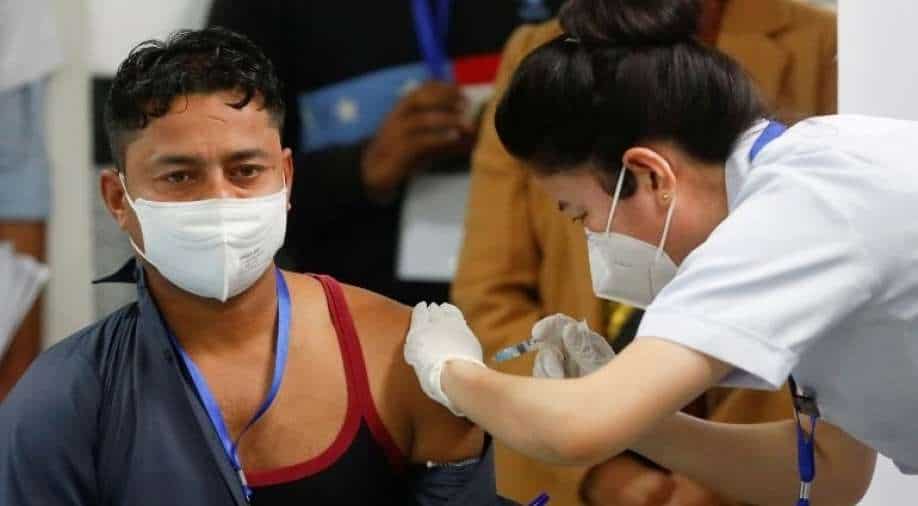 The Union Health Ministry said on Sunday that over 1.5 million people have been administered Covid-19 vaccines across the country so far.

The figures have come out of 27,776 sessions held since the massive inoculation drive started across the country on January 16, it added.

Prime Minister Narendra Modi said on Friday India was completely self-reliant on coronavirus vaccine supplies as the world's second-most populous country inoculated more than 1 million people within a week of starting its campaign.

India's Covid-19 vaccination drive, what the government calls the world's biggest vaccination programme, started with two shots made locally: one licensed from Oxford University and AstraZeneca Plc, and another developed at home by Bharat Biotech in partnership with the state-run Indian Council of Medical Research.

India, known as the pharmaceutical capital of the world, has gifted vaccines to neighbours and partners such as Bangladesh, Nepal, Bhutan, Seychelles, Mauritius and the Maldives. It also started commercial shipments to Brazil and Morocco on Friday.

India's own vaccination drive kicked off with 30 million healthcare and other frontline workers first in the queue, followed by about 270 million people older than 50 or deemed at high-risk because of pre-existing medical conditions.

The health ministry said India inoculated more people on its first day than the United States, Britain or France. Still, it has been urging more frontline workers to come forward to take the shots as only a handful of states have been able to meet their daily targets.

Bharat Biotech said on Friday that 13,000 people participating in the late-stage trial of its COVAXIN had been given the second dose, which could help it soon get some idea about its efficacy. It began the late trial in November, completing the registration of a total 25,800 participants by early January.