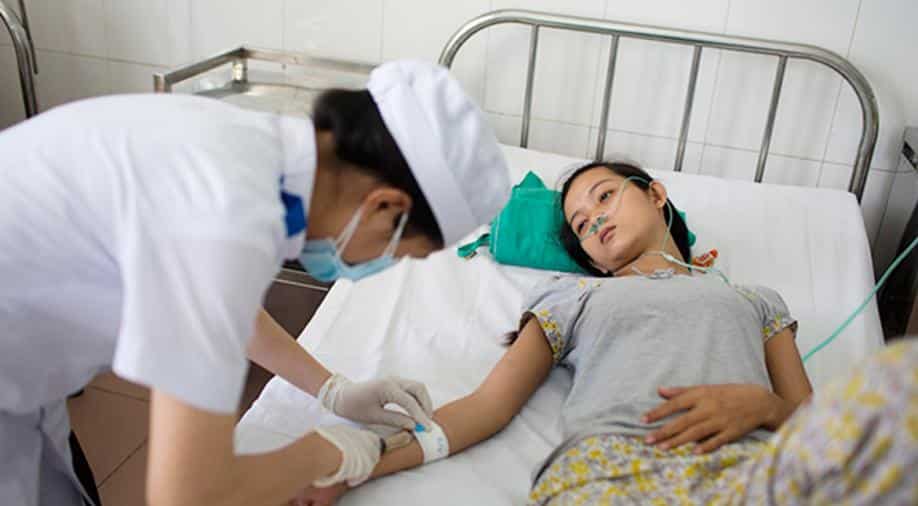 In 2015, there were an estimated 10.4 million new TB cases worldwide and 1.8 million TB deaths, according to the World Health Organization. And India is at the epicentre of this global epidemic, with half a million TB deaths annually. India also accounts for 16 per cent of the estimated 480,000 new cases of multi-drug-resistant TB.

Can India turn things around and control this epidemic?

The answer is a conditional yes. The Indian government has already taken several steps over the past few years to address it. This includes making TB a notifiable disease, developing the Standards for TB Care in India, introducing daily drug regimens and rolling out molecular and drug-susceptibility testing.

But there’s an opportunity to do more and better, and for India to assume a global leadership role.

India must back ambitions with rupees

Earlier this year, India’s Revised National TB Control Program published a draft of a new National Strategic Plan (NSP) for TB Elimination 2017-2025. The NSP, if fully funded and well implemented, could be a game changer in the fight against TB in India.

The plan aims to improve services and outcomes for the 1.5 million patients in the public system and to scale up access to new diagnostics and drugs. It also sets out a bold road map to reach private providers and support the millions of patients treated in the private sector.

Building on promising pilot results, the NSP proposes to do so by providing incentives to providers — for following standard protocols for diagnosis and treatment as well as for notifying the government of cases. Patients referred to the government will, in turn, receive a cash transfer, to compensate them for direct and indirect costs of undergoing treatment and as an incentive to complete treatment.

The cost of implementing the new NSP is estimated at US$2.5 billion over the first three years, a big increase over the current budget. Historically, despite being a highly cost-effective program and despite having a high absorptive capacity, RNTCP has struggled to receive funding that is commensurate with the scale of India’s epidemic.

This simply cannot continue. India must start backing its ambitions with rupees. Therefore, the real test of whether the bold plan by the Health Ministry can be implemented will be whether enough resources can be mobilized — to find, treat and offer quality care to all TB patients, regardless of where they live.

TB is one of many diseases that affect Indians, and India is clearly under-performing on several key health indicators, as shown by a recent report on attainment on health-related Sustainable Development Goals (SDGs) in 188 countries. This is an analysis from the Global Burden of Disease Study 2016, which measured 37 health-related indicators from 1990 to 2016.

India did very poorly in this analysis, ranking 127 among 188 countries. In fact, every single other BRICS country (Brazil, Russia, China and South Africa) ranked ahead of India.

This analysis clearly shows that India’s economic progress is not reflected in the health of its people. India’s National Health Policy, approved this year, proposes to increase health expenditure by the government from the existing 1.15 per cent to 2.5 per cent of the GDP, by 2025.

Ensuring this increase should be an urgent priority for India, and an absolute requirement if India is to make progress towards universal health coverage.

In the just announced 2018 Union Budget, the Finance Minister announced the launch of a “flagship National Health Protection Scheme to cover over 10 crore poor and vulnerable families (approximately 50 crore beneficiaries) providing coverage up to 5 lakh rupees per family per year for secondary and tertiary care hospitalization.”

In addition, tuberculosis was specifically included in the Budget speech: “TB claims more lives every year than any other infectious disease. It affects mainly poor and malnourished people. The Government has, therefore, decided to allocate additional 600 crore to provide nutritional support to all TB patients at the rate of INR 500 per month for the duration of their treatment.”

The specific inclusion of financial support for TB patients is a welcome move, since TB is primarily a disease of the poor, and malnutrition is a comorbidity which is widely prevalent, severe, and persistent even after cure in Indian patients, in the absence of nutritional support. Malnutrition increases their risk of mortality, drug-induced hepatotoxicity, malabsorption of key drugs like rifampicin, performance status, and relapse even after successful treatment.

Recognizing the importance of malnutrition, WHO and the Revised National Tuberculosis Control Programme have recently published a guidance document on nutritional care and support for patients with tuberculosis in India, 2017.

However, the success of the newly announced nutritional support program will depend a lot on execution and in making sure the most vulnerable people benefit from the program, without having to deal with hassles such as mandatory Aadhaar card requirements.

A tradition of excellence

Are there areas of strength that India can leverage to fight TB?

India has made some impressive contributions in global health. India has been polio-free for more than five years and this success has propelled global efforts to eradicate polio. Indian biotech and drug manufacturers dominate the production of TB and HIV medications, accounting for more than 80 per cent of the global market.

The recent launch of a rotavirus vaccine produced in India has underscored the country’s leadership role in childhood immunization. India also has huge strengths in IT and software that can be leveraged. And India has a long tradition of excellence in TB research, highlighted by the creation of an India TB Research Consortium.

So, with its strong research expertise in TB, and technological and pharmaceutical capacity, India has the potential to make great progress against this disease.

What is essential is a strong financial and political commitment from Prime Minister Narendra Modi to end the TB epidemic, and an overall greater investment in health. When health becomes a priority for India, TB will naturally decline, as will many other conditions that currently make India rank so poorly in health-related SDGs.

This is an updated version of an article originally published on The Conversation. Read the original article.