Opinion: Why China is having sleepless nights over ASEAN in India 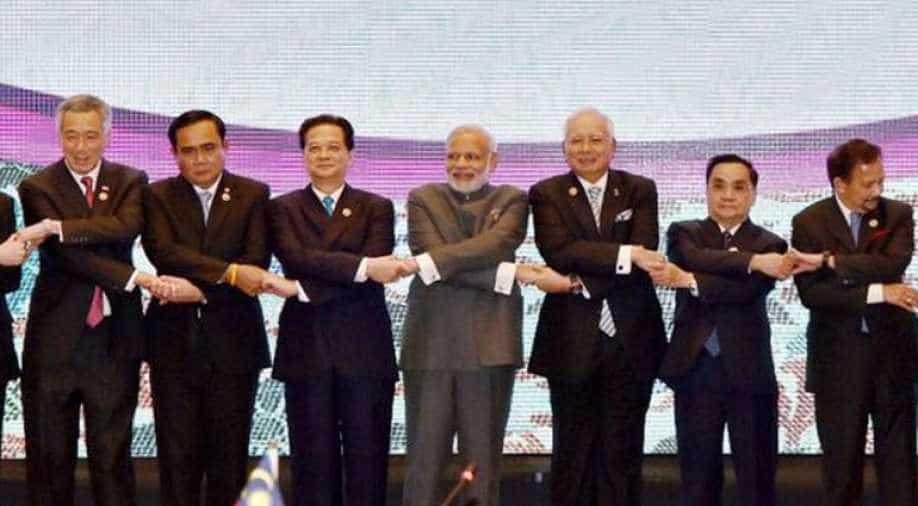 Association of South East Asian Nations (ASEAN) is the group of 10 countries lying in the far east of India. It will be a great show when Prime Minister Modi is going to host the heads of these countries on the Republic Day of India. Never ever in the history, the heads of 10 countries have been the state guest in any single event.

Malaysia, Singapore, Indonesia, Brunei, Thailand, Vietnam, Philippines, Laos, Cambodia and Myanmar are the countries which form the core of South Asia and, directly or indirectly, control almost 50% trade of the world due to their strategic location. These are the countries which can effectively be helpful against China’s expanding influence in the world and help India grow.

Out of these 10 countries, Thailand, Malaysia and Singapore are three major economies which control the busiest shipping channel and the lifeline of Chinese economy called as Strait of Malacca. Vietnam, Cambodia, Brunei and Philippines are located so strategically that they can control the movements in the South China Sea. This is the reason why Mr Xi Xinping is having sleepless nights by the presence of the 10 leaders in the Republic Day of India.

India is trying to influence these countries by extending a helping hand to them as part of India’s look east policy and the government is initiating many projects with these countries. ASEAN countries have been, culturally and geographically, closer to India and will be helpful for us in long run.

Chinese concerns are genuine because when it comes to discussing their economy, the most important factor is the security of the Strait of Malacca and the South China Sea. Because of the vulnerability of tiny Strait of Malacca, China is probably initiating projects, such as the CPEC and OBOR. This is the shortest and probably the safest shipping route connecting the east and the west. Forbes has declared it as the most important choke point in case of a political or military conflict arising in the south-east Asian region.

The busiest shipping route of the world, Strait of Malacca is the lifeline of some of the major economies of the world, including ASEAN countries, Japan, Taiwan, both South and North Korea and of course China. More than 115,000 cargo vessels pass through this narrow passage every year, making it roughly 315 ships every day on an average which is 4 -5 times of its nearest competitor, Suez Canal. That is indeed remarkable.

When it comes to the volumes of trade and we take on account China only, 80% of the oil imports of the dragon passes through this small water body. The channel ships nearly 18 million barrels per day out of which nearly one-third is for China. Not only this, almost 60% of the Chinese exports which corresponds to nearly a trillion USD pass through this. Any possible threat to this channel gives goosebumps to the Chinese leadership.

An old proverb says that the wars are not won by military might but by a strategic perspective and thorough preparation. Very few people know that the shipping channel leading to Strait of Malacca is just 80km from Indian land and India can effectively monitor and even block this channel in case of a military conflict.

As part of the Indian Navy Modernisation Plan, India is further developing INS Baaz, an important naval base in the Campbell Bay Island, which is closest to the Strait of Malacca. It is being made suitable for operating Boeing Poseidon P8i aircrafts from this location. The number of strategic bases under Joint Tri-services Command is also not far off. The Indian abilities to control this strait are increasing day by day.

China understands this concern well and is spending its money on multiple projects like oil pipelines from Central Asian Countries, China Pakistan Economic Corridor (CPEC) and its One Belt One Road initiative (OBOR) to reach Central Asian and European markets without using South Asian shipping channels. It also requested Thailand to work out a shipping channel through Isthmus of Kra which dragon is going to fund. It is also trying to influence Myanmar to establish a port in the country.

Whatever China does, it will be a futile effort unless it keeps India in good faith. The current stand of China with respect to Pakistan is going to be harmful in the long run and the country will realise that it is not good to have a strong neighbour as the enemy.