Opinion: What makes Agni-V such a terrifying weapon? 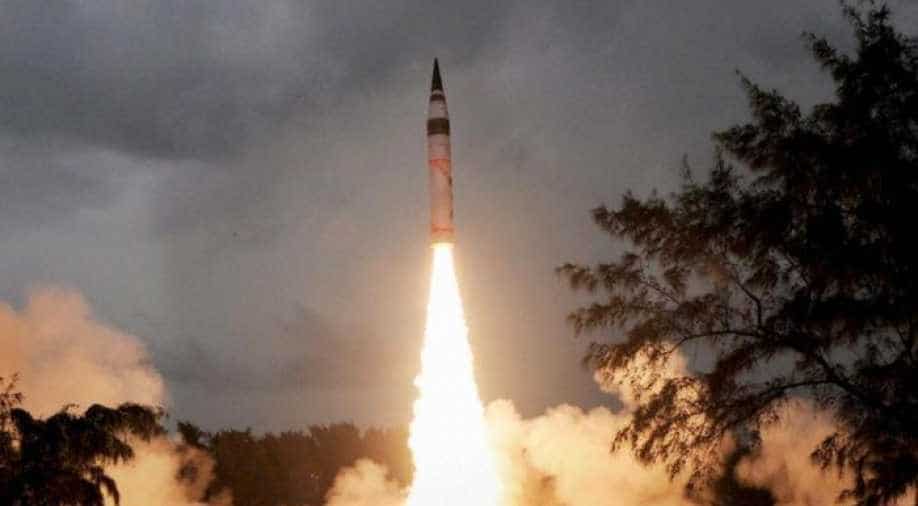 India’s Integrated Guided Missiles Development Program (IGMDP) started in 1989 when Dr APJ Abdul Kalam took initiative to develop India’s own arsenal of ballistic missiles to counter any threat arising out of our neighbours. The threat of Pakistan and China were kept in mind while developing the key five missiles- Agni, Prithvi, Akash, Naag and Trishul. However, at a later stage, understanding its strategic importance, Agni program was subsequently separated from IGMDP and run separately by the Ministry of Defence.

Today, India has three of its version, namely Agni I, II and III, in fully operational and deployable state. Two more versions, Agni IV and V, are in an advanced phase of induction which is likely to be completed by the end of this year. With the operationalisation of Agni IV and Agni V, India can now reach to even the farthest point of China. With Agni II and III, it already had the ability to cover almost all major towns in China. The DRDO claims the range of Agni V to be 5800kms but some international experts say that with lesser payload it can even go beyond 8000kms.

While India can target anywhere in Pakistan by using its Brahmos, Prithvi and Agni-I and II missiles, the primary objective of developing Agni III, Agni IV, Agni V and beyond was to create an effective deterrence against The Dragon. Today, with its enhanced range, Agni V can target any place in the entire of Asia and over 70 per cent of Europe.

The Agni V boasts of the best Circular Error Probability of just 10-50 meters and its guidance system makes it most accurate missile of its category in the entire world.  The missile has a thrust vector control system to steer it through its engine nozzles which makes it furthermore lethal. On the mobility aspect, the missile can be carried on an 8X8 Transporter Erector Launcher (TEL) vehicle which is able to transport it anywhere even in most inhospitable terrain.

The missile is capable of carrying a variety or mix of warheads which include Fission, Thermonuclear as well as Thermobaric in addition to conventional ones. It is also considered a game changer with capabilities of carrying strategic nuclear weapons.

What makes it further invincible is the speed. The missile can travel at a speed of 24 Mach which is 24 times of the speed of sound and close to 8 km per second. At such velocity, it is very difficult for any anti-missile system of the world to intercept it. In the Chinese scenario, most of their anti-ballistic missiles can fly below 5 Mach and, hence, no match for Agni V.

Not only this, Agni series of missiles, especially, Agni III and beyond can carry multiple targetable re-entry vehicles (MIRVs) in a single warhead which makes it more dangerous for China. Agni V has the capability to carry 2-10 warheads of different kinds. Consequently, addressing such large number of vehicles appearing at the same time from a single launch vehicle is near impossible for any ballistic missile defence system.

The story is not yet over. India is also developing a submarine-launched version of this missile which will keep the second-strike capability of the country intact. Currently, the same is being maintained by the use of K-4 and K-15 missiles which are being operated from the Arihant class of nuclear submarines.

The trail of 18th January 2018 was unique in many ways. The missile was tested with maximum payload and it travelled for 4900kms in 19 minutes and it achieved a speed of 24.2 Mach in its terminal phase. Not only this, this was fired from a mobile launcher using a canister launched military version of this missile which is an important step towards developing its submarine-launched version. The canister-based missiles are very robust because their survivability against enemy attacks are high and with the use of road-mobile launchers, the missile can quickly change its location to avoid detection.

We must understand that keeping in view of the high speed of this weapon, the only suitable place to destroy it is in the pre-launch stage and, hence, mobility is important. This missile test was conducted under the supervision of Strategic Forces Command and we have a reason to assume that the weapon is fully ready to be inducted into Army.

As far as our missile program is concerned, India started it very late and by that time, China was already in an advanced stage of missile development due to technical support from erstwhile USSR. They developed missiles which are more lethal and have longer ranges but Indian missiles are modern, more smart, unique and can target the enemy much before they can blink their eyes.

In a typical war scenario, the range and payload of a missile do not matter much but the speed, agility and surprise makes a lot of difference. With the further development of India’s own Ballistic Missile Defence system, we are sure that India can counter any threat to its security.