Opinion: RSS kicks off the battle for setting 2019 agenda 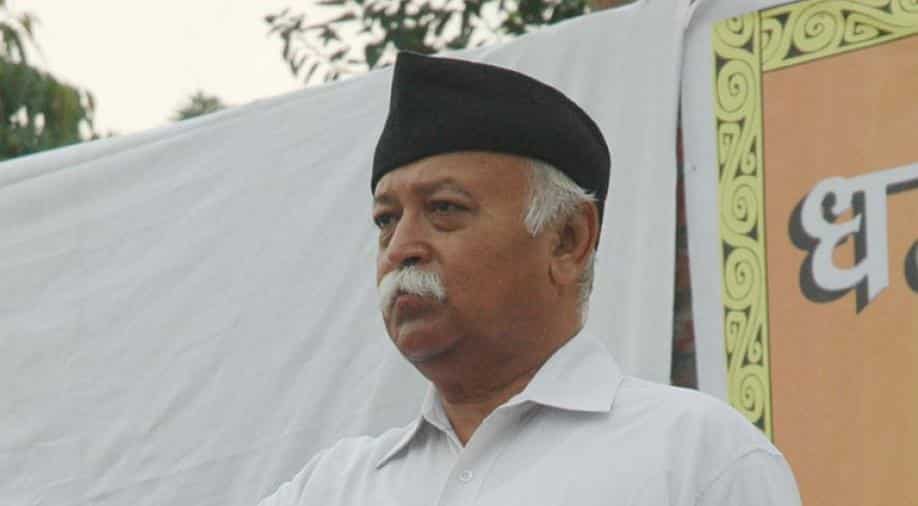 RSS is fighting the battle to occupy the middle ground, which for long, was held by the Congress.

The announcement by Arun Kumar on the three-day seminar - Future of Bharat : An RSS Perspective, where RSS Sarsanghchalak Mohan Bhagwat would be present, was not a knee jerk reaction. The summit, which is to be held in Vigyan Bhawan in Delhi, is actually coming of age of RSS which has been extremely shy to deal with the media.

It had remained equally shy in dealing with civil society actors openly. Most of the time engagement with top RSS brass has been episodic or hush hush affair. It is only after 2014 that senior RSS functionaries have become visible in public programmes under media’s glare. So, the seminar is an attempt to set the record straight.

Whether Rahul Gandhi gets invited or Sitaram Yechury, it is immaterial to this gathering. RSS wants to set the record straight on issues which it hold dear. The unease within the RSS has been that on multiple issues it has been attacked, and during that time it witnessed itself being defended by BJP. Many felt that agenda was being decided by the Opposition and RSS  was only reacting to the charges levelled against them. RSS wants to reverse the trend.

RSS wants to set the intellectual agenda on which it has been on the receiving end. It wants to wrest this space from the Congress-Left combine. Most of the attacks on the RSS are based on the conception that RSS is the big daddy of the government. However, RSS doesn't feel the same.

The debate remains alive and create grey areas which leaves the organisation vulnerable. It is for this reason that RSS has decided to hold this gathering.  It feels intellectually robust today. The outfit would try to kill ambiguity on major issues.

The interaction is a double edged sword. It can cut both ways. It can expose the fact that there does not exist 6 degree of separation between BJP and RSS. It can create electoral embarrassment for BJP on the issues of reservation, Ram Temple , Article 35 (A), 370,  and several other issues on which RSS purists have their strong opinion.

Or it can set the agenda for the BJP. It has the potential to create a public display of synergy on all the important issues before the elections. It can also kill the image of RSS as a secretive organisation. Rahul Gandhi compared RSS with Muslim Brotherhood (MB). The attempt was to portray RSS as an organisation which is above public accountability. This interaction would be first of its own kind.

The access given by the RSS to the noted historian Walter Andersen on his new book on the outfit brought many hidden facets of the organisation in the public domain. This exercise in September may do the same.

Thus gathering is an outreach program of huge proportion. If RSS succeeds in occupying the middle ground of Indian politics then Congress will end up becoming the new Left and Left would become marginal to the Indian politics. It is here the challenge for the Opposition lies.