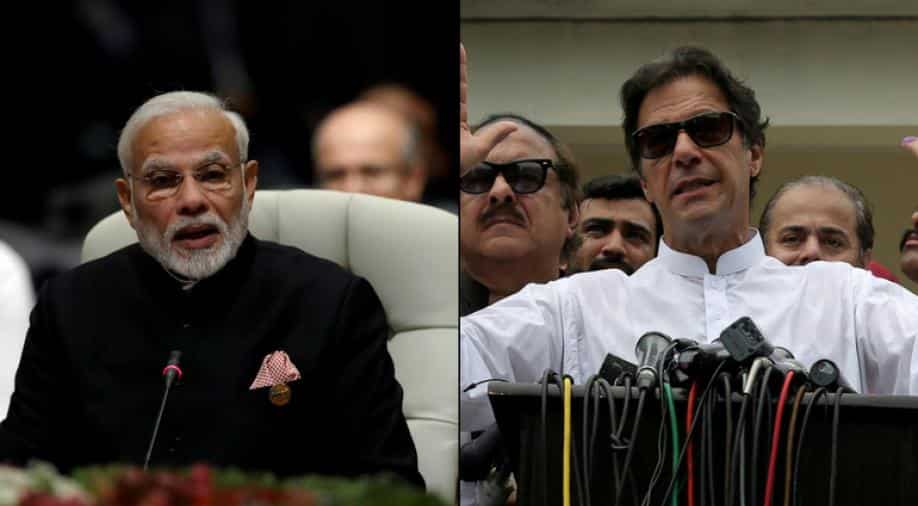 India should also raise the stakes on Imran Khan and put a premium on India-Pak relations going forward with "no strings attached".

"PM Modi attends Imran's swearing-in at Islamabad, Indo-Pak relations on a high" - it could have been a headline-grabbing event of the 21st century: However, the excitement died after Pakistani media reported that no foreign dignitaries will be invited to the event on August 11.

The antics of reality TV notwithstanding, the fact is there are far too many things which have gone wrong in the past two years, especially in J&K, and it is worth remembering several Indian troops have returned home draped in the Indian flag.

This was four years ago, before the surgical strikes, Pathankot attack and violence and stone-pelting in Kashmir.

PM Modi (the statesman) could have been tempted to visit Pakistan - for the second time but India would have felt let down because the Pakistan Army has constantly tied India down. PM Modi who has met Trump several times in the past two years should perhaps take a leaf out of his "diplomatic playbook" and agree to meet Imran in "neutral territory only" like Trump's meeting with Putin and Kim Jong-un.

A neutral territory would ensure the hullabaloo of the meeting being reduced to a "media event" is avoided and discussions take place in a much easier "political climate".

India should also raise the stakes on Imran Khan and put a premium on India-Pak relations going forward with "no strings attached".

Imran in his speech just after the elections had said Pakistan would be ready to respond to India if the Modi government takes the first step, meaning the onus is on India. There is no guarantee the Pakistan Army will cooperate with India even if PM Modi attends Imran's impending swearing-in ceremony.

History suggests whenever an Indian prime minister has tried to connect with Pakistan, the all-powerful Pakistan Army including the ISI has thwarted peace efforts. India should now put the onus on Imran to convince the Pakistan Army and ISI to ensure peace moves are not undone midway as it will again lead to bad blood(as if there is not enough of it already).

It is, of course, no secret how Vajpayee's bus trip to Lahore in early 1999 resulted in the Kargil war just months later with Nawaz Sharif unable to cage the rampant Pakistan Army under Musharaff, even President Clinton at the time failed to rein in the Pakistan Army.

PM Modi would do well to stay clear, moreover in an election year to be seen as "soft" towards Pakistan could have its own consequences.

The Imran brand right now symbolises peace and hope, if India and Pakistan engage again and fail, the newly crowned King of Pakistan will find it very difficult bring India back on the negotiating table.