Opinion: Indian media made a mockery of Sridevi's death 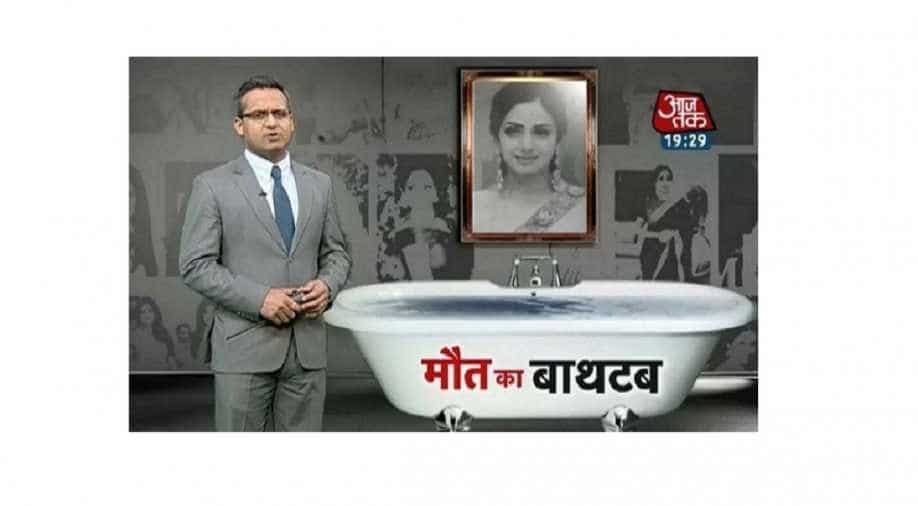 Aajtak news reporter at the scene of her death, with the bathtub reading 'Maut Ka Bathtub'. Photograph:( Others )

The sudden and tragic death of Sridevi Kapoor, Bollywood's first female superstar and beloved to millions of Indians, has sent shockwaves across the country. But barely hours after the news of Sridevi's death broke out during the early hours of February 25, speculation over what led to her untimely death drove Indian news channels to turn reporting the event into a grotesque circus, from spinning wild conspiracy theories to scrutinising the state of her marriage.

The initial rumours, despite there being no official statement from the Dubai police or the Kapoor family, were that Sridevi succumbed to a cardiac arrest while in a bathtub.

It all started with a viral Facebook post attributed to one Piyali Ganguli began doing the rounds on Whatsapp. In the post, Piyali claimed that Sridevi's implants, weight loss and excessive doses of Botox shots could've been the cause of the cardiac arrest.

When reports rubbished claims of a cardiac arrest and declared that Sridevi's death was caused by drowning and that her body contained traces of alcohol, news channels were quick to suggest foul play. TV channels lost no time in gathering multiple so-called experts to speculate about the late actress' alleged botox injections, her wine consumption patterns and analysing bathrooms and bathtubs.

While Hindi news channel Aaj Tak decided to recreate the scene of her death, with the bathtub reading 'Maut Ka Bathtub' or 'The Bathtub of Death', the English news channel CNN News 18 thought it to fit to photoshop a comatose Sridevi in a bathtub. Hindi news channel ABP News added a red-wine glass with Sridevi's portrait above it as details.

CNN News 18 thought of fitting a comatose of Sridevi in a bathtub. (Others)

Telugu TV9 had a morphed visual of Sridevi lying dead in a bathtub, with the late actor's husband Boney Kapoor looking on. The channel also ran a 'scene re-creation' with alcohol bottles placed above the bathtub, claiming that Boney Kapoor had not received a 'clean chit' as yet.

Telugu TV9 ran a 'scene re-creation' of Sridevi's mishap, along with Husband Bonny Kapoor on sight. (Others)

Times Now had displayed Sridevi standing next to a tub with all measurements marked out, her height and the tub's dimensions, trying to achieve Sherlock Holmes-style forensic deduction on prime-time news.

But perhaps the most indecent mockery of her death came from Telugu channel Mahaa News which had their crime bureau chief conduct a bathtub investigation on air. Standing in a bathroom, the journalist positioned himself next to a pink bathtub and then climbed into the tub and tried to demonstrate that there's no way she could have drowned in it, even if she'd been lying down.

Sridevi began acting in movies since the age of four and then went on to become Indian cinema's first female superstar. Her sudden demise shocked the entire nation and, therefore, it being a matter of news is not unwarranted. When a superstar of her stature leaves us, we all cry together; the media should inform us of the event, pay their respect and leave it at that so the deceased can 'rest in peace'.

However, in case of Sridevi, the Indian media decided to shun all its ethical standards and codes of journalism and went hysterical. The woman who conquered so many gawking villains on screen was stabbed in the back as her private life became public fodder. And that's exactly what makes the final chapter of the Sridevi story so tragic. 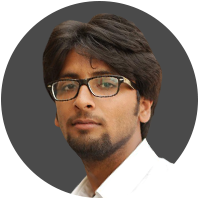