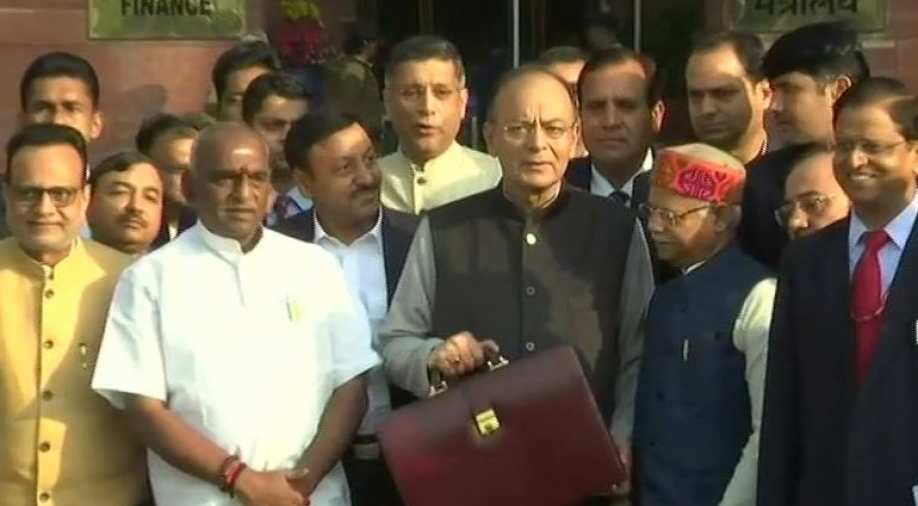 Finance Minister Arun Jaitley and his team ahead of Budget 2018. Photograph:(ANI)
Follow Us

Reason? India is perhaps one of the very few countries where well before the budget is presented it is waited and celebrated like a national festival.

Such is the hype of the Budget that it becomes a major tool for the ruling party to woo the public in which it sees prospective voters, particularly when elections are around the corner. Budget 2018 of Team Modi-Jaitley is no different as it contains all the elements of reaching out to the public by benefitting them, but without compromising on development and fiscal discipline reforms.

Agriculture and farmers are the central themes of Budget 2018. Ensuring minimum support price (MSP) of the grains 1.5 times over the agriculture cost is a welcoming step towards de-stressing the cause and concerns of already stressed Indian farmers. But the real challenge will be encountered when it comes to deriving the exact cost incurred by the farmer and implementing the government’s guarantee of MSP. So, the real test result of this announcement is a thing of mid to long term. However, in the short-term, BJP can expect a greater support from the farmers in the approaching states assembly and 2019 Lok Sabha elections.

The salaried class, who are the prospective readers of this piece, will be happy to note a 40K standard deduction in the tax structure. In the absence of 10 per cent slab in the income tax calculation, a major chunk of tax-payers will fall down to 5 per cent tax-slab from their existing 20 per cent slab - a great relief. But at the same time, the existing conveyance allowance and the medical bill reimbursement facilities extended to the salaried employees will be lifted.

An additional 1 per cent cess will also add up to the increased level of tax liabilities. The revenue loss to the government due to the offering of standard deduction will be to the tune of 8K crore. The government will try to make up this revenue loss from the newly introduced long-term capital gain tax on equity trading.

The Union budget showed concern for its senior citizens, particularly their health. Senior citizens are now allowed Rs. 50,000 deduction on health insurance premium rather than the existing deduction of Rs. 30,000. It reflects government’s vision for a healthier and energetic India.

In his budget speech while pitching big for health sector Arun Jaitley also announced a flagship health programme. The ‘National Health Protection Scheme’ on the ‘Ayushman Bharat Programme’ proposes to cover 10 crore poor and vulnerable families, by making Rs 5 lakh available per family per year for secondary and tertiary care.

He also announced the development of 1.5 lakh healthcare centres to boost the overall health of the common man. Government’s plan to open one medical college for every three Lok Sabha constituency is another welcoming move provided it gets implemented in time and run professionally with well-educated and experienced doctors.

In totality, the Union Budget of 2018 can be termed as a fine balance between populist majors to woo voters and meeting the developing and job creation agenda of the government. Team Modi-Jaitely has managed it well in balancing populist demands, the need to support economic growth and Prime Minister Narendra Modi's focus on fiscal discipline and reforms.