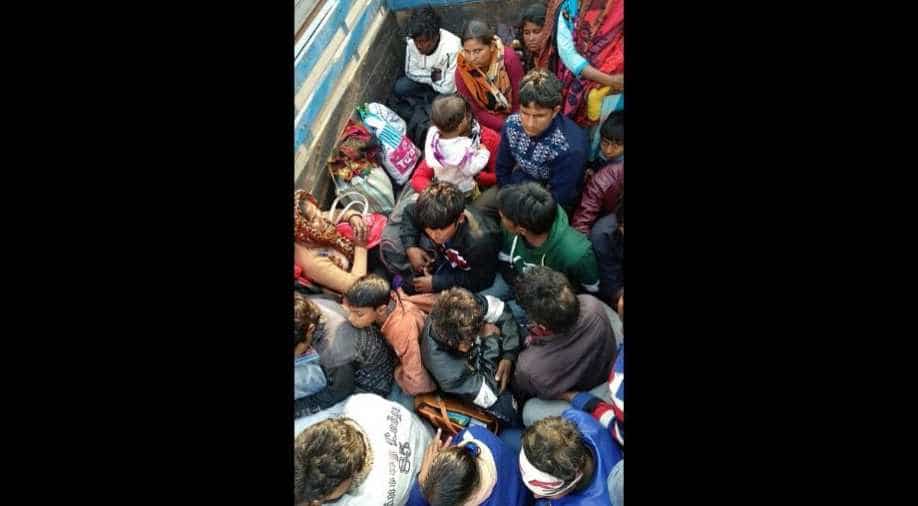 As many as 22 persons were apprehended in Operation Turtshield. Photograph:( WION )

Operation Turtshield which concluded in February this year was launched to prevent smuggling and trading of protected species of turtles in parts of India – especially West Bengal.

Officers of the Wildlife Crime Control Bureau have come across interesting facts on the successful conclusion to Operation Turtshield.

Operation Turtshield which concluded in February this year was launched to prevent smuggling and trading of protected species of turtles in parts of India – especially West Bengal.

As a part of the Operation, a joint operation was carried out by Wildlife Crime Control Bureau and West Bengal Forest Department, which threw light on a new modus operandi where members from Uttar Pradesh’s Kanjar community collect ‘softshell turtles’ from Chambal river or Ganga river of Uttar Pradesh and carry it to West Bengal for either consumption of its meat or smuggling it to neighbouring Bangladesh.

“A recent arrest where as many as 22 persons were apprehended, eight women and children were part of the smugglers' group. This huge group had stuffed the turtles in school bags and were divided into different coaches of the train to evade arrest and prevent suspicion. This is a new modus operandi where the smugglers travel in the train with their family members to stay away from investigating agencies,” said Agni Mitra, Regional Deputy Director, Wildlife Crime Control Bureau.

According to officers in Wildlife Crime Control Bureau, West Bengal is the only state in the country that consumes meat of softshell turtle in a particular area stretching between Bongaon and Barasat in the North 24 Parganas district. This stretch houses Hindu communities displaced in Bangladesh who came and settled in this particular area who consume turtle meat. This species of turtle is also smuggled to Bangladesh for pet purposes.

“The Soft Shell Turtle is a species enlisted in the Red List of the International Union for Conservation of Nature (IUCN) as threatened species and also is enlisted as highest protection species considering the demand and trading of it,” added Mitra.

From Jan 2019 to Jan 2020 – a total of 3734 live turtles, 117 dead turtles were seized in Bengal. In the last one year, as many as 35 persons including kingpins and carriers have been arrested and five vehicles seized who were engaged in smuggling of Soft Shell Turtles.