One year of Modi government 2.0: What the foreign media is saying 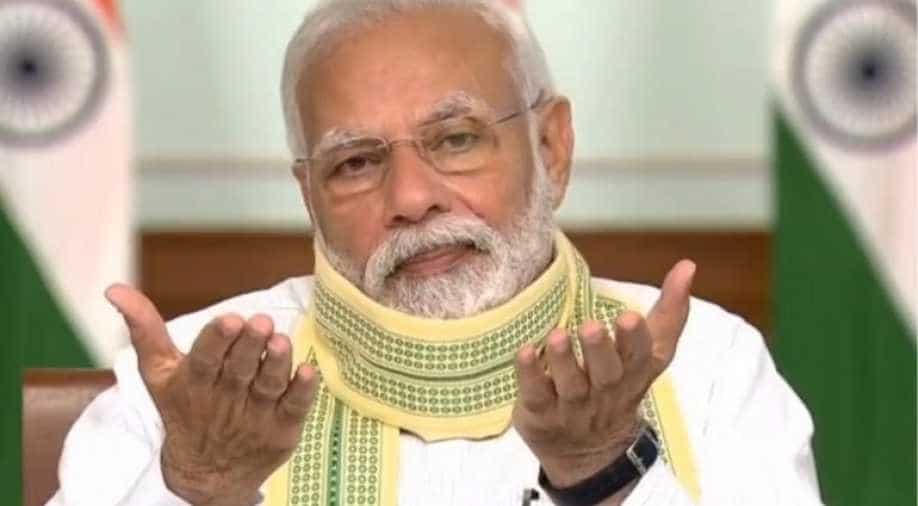 Modi certainly has won over the foreign media as well -- which reported his approval ratings were going higher even as the world was walloped by the coronavirus pandemic.

It's been a year since Prime Minister Narendra Modi was sworn in for a second term after securing a supersized victory.

PM Modi won over voters -- so much so that he became only the first leader since the 1970s to register a victory with a clear parliamentary majority.

Modi certainly has won over the foreign media as well -- which reported his approval ratings were going higher even as the world was walloped by the coronavirus pandemic.

India rallied around Modi -- recent opinion polls showed in the past few months his already high approval ratings soared even higher, touching 80, even 90 per cent.

Unlike two of the populist leaders to whom he is often compared, US President Donald Trump and Russia President Vladimir V Putin of Russia, Modi seemed to be thriving in this crisis.

Now when he has completed a year of his second stint -- marred by the coronavirus crisis, the foreign media seems to be impressed with the way he had dealt with the health scare.

"In the past six months, he's faced two significant challenges: nationwide protests over a controversial citizenship law, which led to violent attacks on Muslims, and the threat of thousands of deaths from the coronavirus pandemic. His handling of the latter has earned praised at home and abroad," a CNN report says.

In announcing a nationwide lockdown, PM Modi had given just four hours' notice, sending millions of people scrambling for groceries, medicines and other essentials.

Worst affected were the millions of migrant workers who travel from rural areas to work in cities each year.

"Modi's sudden decision left local administrations confused over what was and wasn't allowed, such as exemptions for online grocery deliveries amid the halt on all e-commerce operations. This is a part of his governing style and it can work during normal times but it's not a good way to operate in a time of crisis where you throw surprises at 1.3 billion people," the report says.

This was, however, not the first time Modi had made a snap announcement. On November 8, 2016, Modi declared 500 rupee ($7.50) and 1,000 rupee ($15) notes worthless, which made up about 86% of the cash in circulation, in a bid to switch the country to digital payments to stop corruption and tax evasion.

In this case too, there was a four-hour window for people to react.

The lacklustre economic figures, the report further says, had little bearing on the 2019.

"During his term, his government has committed funds to vanity projects, such as the world's tallest statue or bullet trains, when priorities such as healthcare, infrastructure and sanitation persist," the CNN report adds.

In his last national address on May 12, PM Modi announced an additional financial package to help the economy to tackle the economic crisis due to the coronavirus-enforced lockdown.

"The new stimulus package, along with previous measures taken by the Indian government, would account for about $266 billion, which is around 10% of the country's GDP, according to Modi. His government later said this would include $40 billion to help small businesses affected by the outbreak, $20 billion to strengthen the agricultural industry and $5 billion for migrant workers and small-scale farmers. Furthemore, for many Modi's demonetisation strategy built a narrative that he is a strongman who took on black money, and therefore has taken successful economic action."

"Despite the amount of pain caused, a lot of people still love the fact he did something like that," the report says.

The report further highlights how Modi came to be renowned as a master of public relations.

"He's become known for his bear hug-embraces of world leaders, while his slogan 'Make in India' signalled his intention to rebrand the country as the world's next manufacturing hub. In February, he packed the world's largest cricket stadium for a rousing welcome rally for the US President Donald Trump, taglined 'Namaste Trump'," it says, adding, "Modi's flair for PR has been evident during the pandemic, with India promoting its role as a global leader in pharmaceuticals."

A number of world leaders lined up to thank India for its supply of generic drugs like hydroxychloroquine to meet a rise in demand during the pandemic -- including Trump.

"Extraordinary times require even closer cooperation between friends. Thank you India and the Indian people for the decision on HCQ. Will not be forgotten!" Trump tweeted.

Modi responded: "Times like these bring friends closer. The India-US partnership is stronger than ever ... We shall win this together."

PM Modi and his government at the Centre also undertook the task of flying 20,000 citizens home from foreign countries during the pandemic.

The report also mentions Modi's religious policies, and how he has been fulfilling promises he made during his campaign trail.

"Last August, he made the surprise decision to scrap a constitutional provision that granted Jammu and Kashmir relative autonomy, which sent the region into turmoil and saw tens of thousands of new troops deployed. Then in November, his government granted Hindus permission to build a temple at the centuries-old Ayodhya holy site, previously claimed by Hindus and Muslims. The next month, India passed a bill to give Indian citizenship to immigrants from three neighbouring countries," the report says.

It adds, "Looking ahead, spending wisely and investing in the right parts of the economy will be crucial -- though experts say Modi has such a strong mandate that he's essentially free to do what he wants. And India's next election isn't due until 2024."

The bigger issue, it mentions, is the lack of credible opposition -- the 2019 result marked the Congress party's second-worst showing ever in a general election.

The biggest issue, however, is inarguably to come -- reopening the country while keeping its 1.3 billion people safe.

As the country nears the end of a near 10-week lockdown, as of Friday, India had more than 165,000 confirmed coronavirus cases and more than 4,700 deaths.