Once murderer, now actor: How India’s ‘most wanted’ criminal was arrested after 30 years 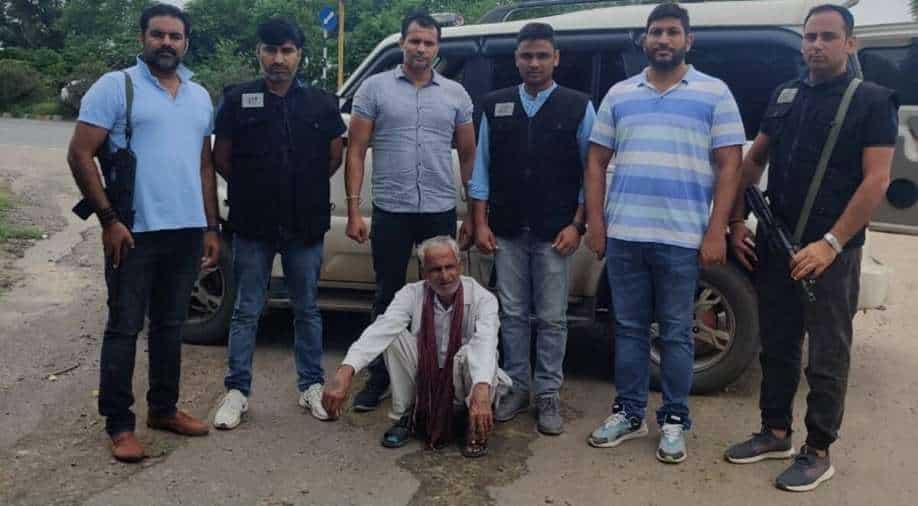 65-year-old Om Prakash poses after being caught by the police Photograph:( Agencies )

For nearly three decades, Om Prakash — an ex-Indian Army soldier who is charged with alleged robbery and murder—had been living right under the nose of the police.

Sixty-five-year-old Om Prakash — also known as Pasha – was having a normal day. He was at his house preparing for a role in an upcoming regional Hindi film when suddenly, the police from northern Haryana state came knocking on his doors for a murder he allegedly committed around 30 years ago.

For nearly three decades, Om Prakash — an ex-Indian Army soldier who is charged with alleged robbery and murder—had been living right under the nose of the police. Having settled in neighbouring Uttar Pradesh state, he married a local woman and had three kids. For 15 years, he has been working in regional films. Ironically, he has also played the role of a police constable in one of the films.

But then his luck ran out after police finally got hold of the frail 65-year-old from his home in a slum in Ghaziabad city, Uttar Pradesh.

Om Prakash took the life of crime in the mid-and late-80s when he used to steal cars and two-wheelers. After being jailed and subsequently released, he joined the Indian Army. But in 1988, he was dismissed for being absent from duty after 12 years of service.

On January 15, 1992, Omprakash and his aide allegedly stabbed a motorcyclist to death during a robbery bid in Haryana’s Bhiwani. After the murder, he went off the radar and started a “new life”, surviving on odd jobs, including acting gigs in regional films. According to police, he has so far acted in 28 films.

With no sight of him, the case was considered good to be shut, until a Special Task Force in Haryana began probing wanted criminals in Haryana who had disappeared. And among the names that cropped up was Om Prakash.

The police also put him on their "most wanted" criminals list and put a bounty of 25,000 rupees ($315) for information on his whereabouts.

Police say that Om Prakash made one fatal error that led to his undoing—all of his new documents had his and his father's real names.

Around two months ago, the cops caught a whiff of him when Om Prakash made a WhatsApp call to his brother in Panipat. Once the force traced his number, they were able to track his location.