'Akbar has given his version,' BJP says on #MeToo allegations 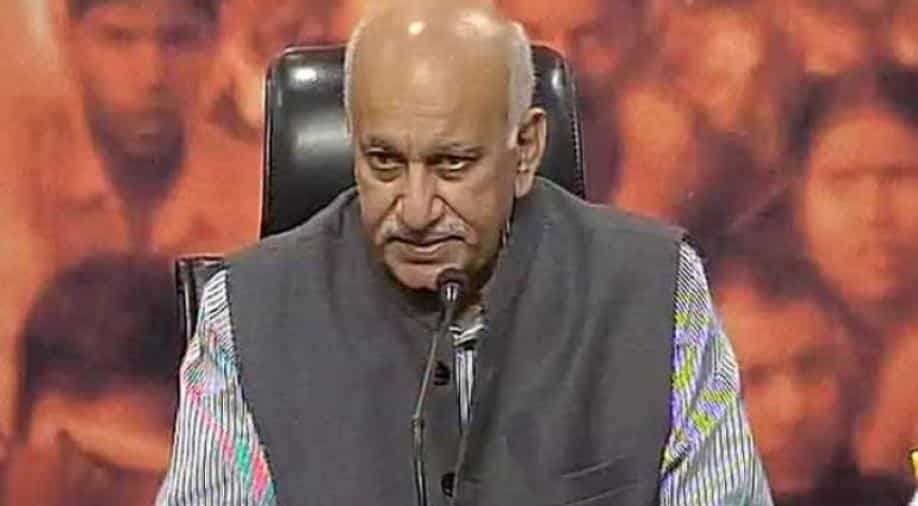 'It is not about agreeing or disagreeing. He has presented his version,' BJP spokesperson GVL Narasimha Rao said when asked whether the party agreed with Akbar's statement on the women who have accused him of sexual assault and harassment.

In its first comments on the sexual harassment allegations against Union Minister MJ Akbar, the BJP said Monday he has given his version on the row and that it is not about whether the party agrees or disagrees with him.

Bharatiya Janata Party spokesperson GV L Narasimha Rao was asked at a press conference whether the ruling party agrees with Akbar on his statement on the allegations levelled against him by several women.

"It is not about agreeing or disagreeing. He has presented his version," Rao said.

The Minister of State for External Affairs had Sunday rejected the allegations as "false, fabricated and deeply distressing" and said he was taking appropriate legal action against the accusers.

BJP leaders and spokespersons had so far maintained a studied silence on the issue amid an increasing demand for the minister to quit his position.

Some woman Union minister have supported the #MeToo movement, which has encouraged women in different fields to come out with their stories of sexual harassment by men in powerful position over the years.