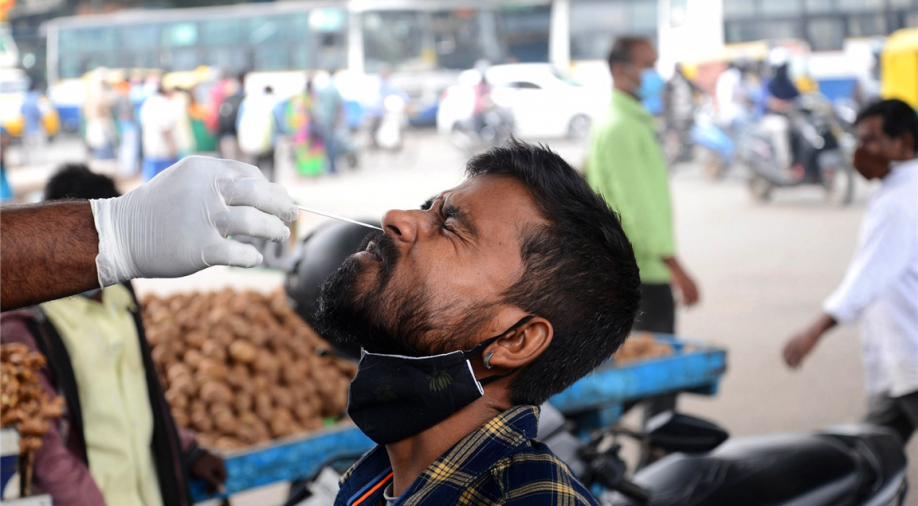 A health worker collects a nasal sample from a man for COVID-19 testing. Photograph:( IANS )

Concerns about Omicron, a new and potentially more dangerous variant of the coronavirus, have gripped India, with Maharashtra officials reporting that 109 of 295 recent foreign returnees in Thane area are now untraceable.

An official in Indian State Maharashtra's Thane district claimed on Monday that over 100 recent foreign returnees are untraceable due to the Omicron scare.

According to KMDC chairman Vijay Suryavanshi, 109 out of 295 recent foreign returnees to the Kalyan Dombivali Municipal Corporation (KMDC) township in Thane district are now untraceable.

Some of these people's phones were turned off, and many of the last addresses they gave were determined to be locked, he added.

Returnees to KDMC boundaries from all 'at risk' nations must undertake a 7-day home quarantine, followed by a COVID-19 test on the eighth day, according to current rules.

"Even if the test is negative, they will be subjected to another seven-day home quarantine, and it will be the responsibility of housing society members to guarantee that the norm is not broken," he said.

The state's first case was reported from Dombivili.

Seven people in the Pune district later tested positive for the Omicron strain of coronavirus, including a non-resident Indian (NRI) mother and her two Nigerian kids.