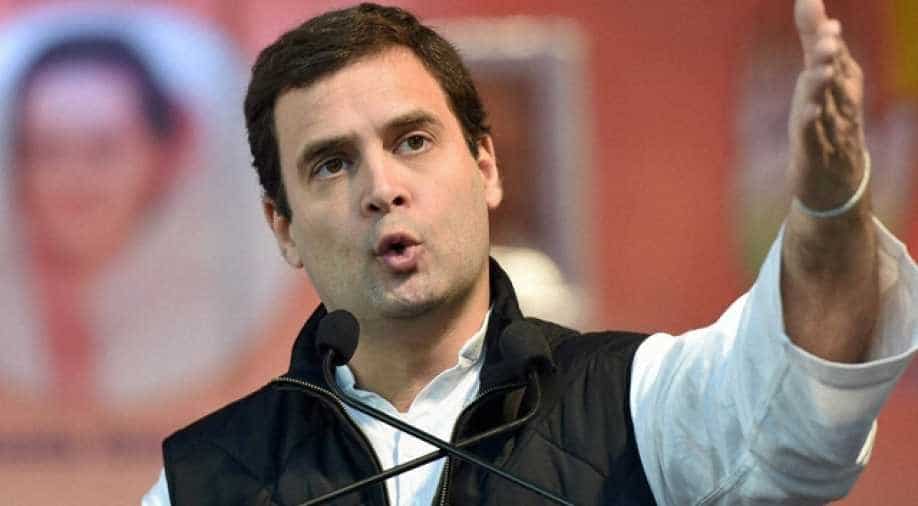 Gandhi will take part in 'Navsarjan Gujarat Janadesh? rally organised by Congress in Gandhinagar||The Congress, which is out of power in Gujarat for 22 years, is wooing leaders such as Hardik Patel, Mevani and Thakor

The Congress on Sunday invited Patel quota agitation leader Hardik Patel and Dalit leader Jignesh Mevani to meet party vice-president Rahul Gandhi during his visit to the state on Monday ahead of the assembly polls.

Gandhi will take part in 'Navsarjan Gujarat Janadesh’ rally organised by the party in Gandhinagar where OBC leader Alpesh Thakor will join the Congress.

Congress's invite to Hardik Patel and Mevani comes a day after its state unit president Bharatsinh Solanki extended open invitation to Patel, Mevani and Thakor to join the party to ensure the ruling BJP's defeat.

"Rahul Gandhi will be coming to Ahmedabad tomorrow. We have invited Hardik Patel and other leaders of the Patidar Anamat Andolan Samiti. They had given a memorandum to us and we are positive about their demands," Solanki said on Sunday.

"Rahul-ji will hold a meeting with them before the rally and discuss all the issues and will invite them to support the Congress," Solanki said.

"We have separately invited Dalit leader Jignesh Mevani and others after the rally; Rahul-ji will meet them and discuss their issues," Solanki said.

Thakor, the leader of OBC Ekta Manch, will join the Congress with his associates at the rally, Solanki said.

Gandhi is also likely to meet Chotu Vasava, the leader of Janata Dal (U) in Gujarat, during his one-day visit.

Thakor met Gandhi in Delhi yesterday and later announced that he would soon join the party.

The Congress, which is out of power in Gujarat for 22 years, is wooing leaders such as Hardik Patel, Mevani and Thakor who have significant support base in their respective communities.