Not like distributing biscuits: VK Singh on compensation to kin of Indians killed in Iraq 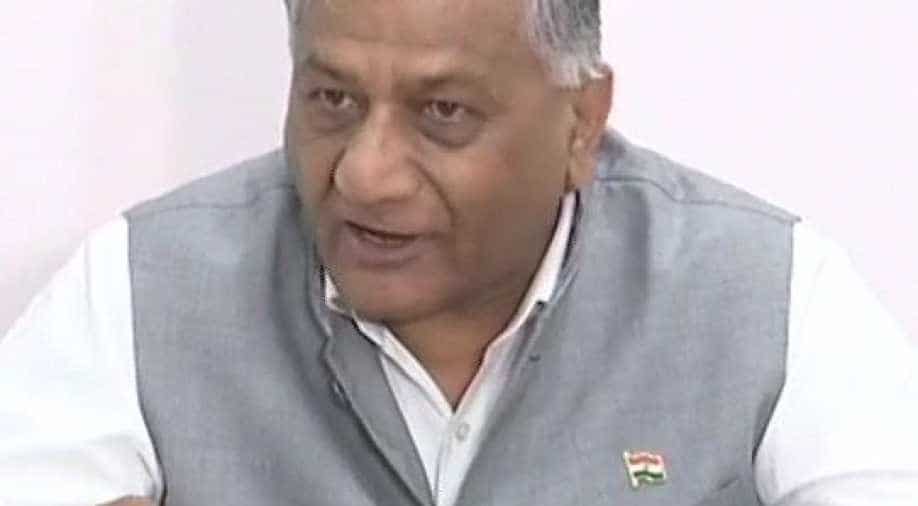 Responding to a question on whether the families of the 39 Indians who died in Iraq will be provided jobs or compensation, MoS VK Singh said Monday the issue was not like distributing biscuits.

He said, "The issue is not about distributing biscuits, it is about the life of people, did you understand".

He further said that how can he announce the amount (now), he did not have any treasure in his pocket.

This is not a game of football, Both state and central govt are sensitive govts, EAM had asked the families for the details of their members who can be given jobs etc, we will review: VK Singh,MoS MEA on whether kin of the 38 Indians will be given jobs pic.twitter.com/J0ryINOc1P

Ex-gratia compensation of Rs 5 lakh per family, job for one person per family will be given and current pension of Rs 20,000 to continue: Punjab Minister Navjot Singh Sidhu on compensation for 27 of 39 Indians killed in Iraq who were from Punjab pic.twitter.com/KIaHKBrzR5

MoS VK Singh brought back the mortal remains of 38 Indians who were killed by the Islamic State in Mosul, Iraq in Amritsar today.

The Indians had gone missing in 2014 as the government launched a massive search operation along with the Iraqi government.

Foreign Affairs minister Sushma Swaraj had announced in Parliament last month that the Indian government had found the mortal remains of the Indians.