No OTP! India waits to get vaccinated as Covid cases near 18 million mark 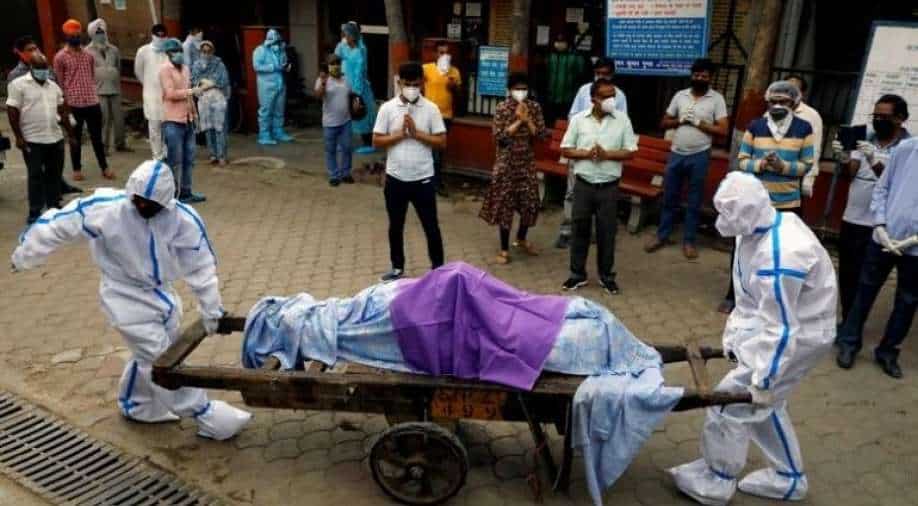 India's second wave of coronavirus is now a matter of global concern and the reason is the devastating numbers. More than 360,000 new cases were reported today, marking a new world record for single-day spikes.

For seven days now, India has been recording more than 300,000 cases and these are recorded cases. The actual numbers could be much higher, considering the high backlog of cases that testing centres are dealing with.

India has a new record in fatalities too as more than 200,000 total deaths have been reported till now, with an addition of nearly 3,200 deaths which have been logged in the last 24 hours.

This is the first time India has reported over 3,000 deaths in a day. India now ranks fourth in the world in coronavirus fatalities.

India is close to the 18 million mark and going by the seven-day average, it looks like India will cross that number tomorrow. The active cases are now closer to three million, and they represent close to 17 per cent of India's caseload.

The country's recoveries are holding steady as more than 14 million people have recovered — more than 82 per cent of all cases.

A major update is that today, India opened up vaccine registration for all adults — every citizen above the age of 18. This is a welcome move that saw a patchy start as citizens who tried to register today faced troubles and could not log in. Those who did manage to get in couldn't get the appointments.

This led to words such as 'OTP', 'Waiting for OTP', and 'No OTP' trending today on India’s social media platforms such as Twitter and Facebook.

The website was overloaded but it also raises another issue. As people waited to get registered, the country is worried if there are enough vaccines for every citizen.