'No coercive action against those whose names not on NRC,' assures Rajnath Singh in Parliament 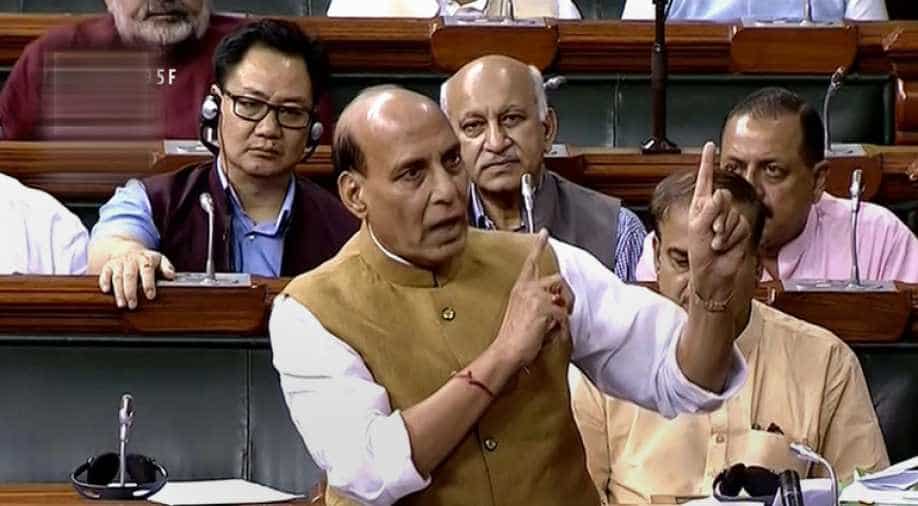 Home minister Rajanth Singh speaking in the Rajya Sabha clarified that the Centre will not take any "coercive" action against those whose name do not figure in the draft National Register of Citizens(NRC) report in Assam.

"No discrimination has taken place while putting the NRC together," the minister said, adding,"it is a fair and transparent report."

"This is a draft, not the final report," he informed the House.

The draft is based on the Assam accord under the supervision of the Supreme Court, he said. Rajnath Singh informed the House that India's top court was monitoring the situation.

"It is unfortunate that an atmosphere of fear has been created, vested interests on social media have tried to internationalise the issue to start communal disharmony," he told the House.

"People can approach the tribunal to file a legal claim if they are not satisfied," he said. "Every country wants to know how are its citizens and how many are foreigners, this is related to India's national security, and I request everyone to cooperate," the minister pleaded.

"Peace, harmony and public order will be maintained," Rajnath Singh assured the House.