No change in our position, Pakistan needs to combat terror: India 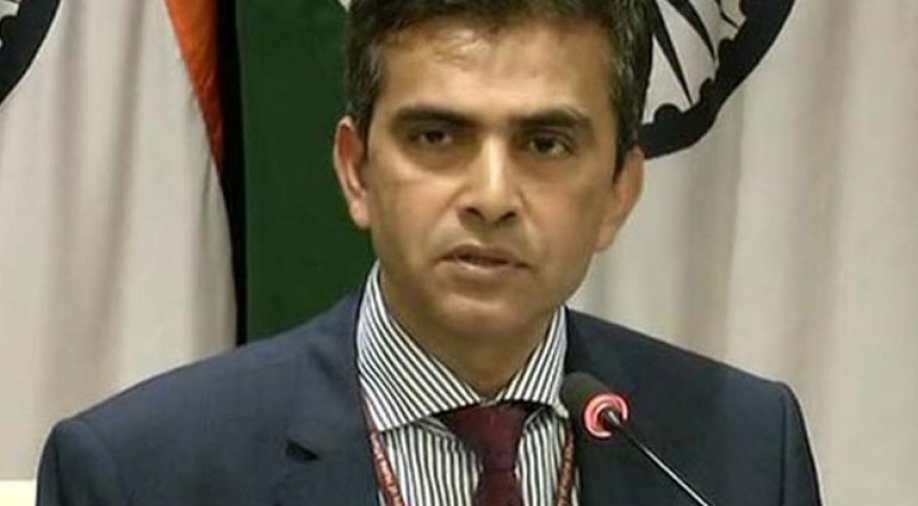 'Our position on how the matter has to be addressed has been answered in the past and there is no change in that position.' MEA spokesperson Raveesh Kumar told reporters at a special media briefing.

India on Wednesday reiterated that its stance on Pakistan's efforts to combat terrorism has not changed and urged Islamabad to take concrete steps to tackle the menace.

"Our position on how the matter has to be addressed has been answered in the past and there is no change in that position." MEA spokesperson Raveesh Kumar told reporters at a special media briefing.

Prime Minister Narendra Modi said on Tuesday that India is not shying away from talks with Pakistan. He said that for India to initiate dialogue with Pakistan the latter country has to make efforts to combat terrorism.

Modi made the statement during the bilateral meeting with US President Donald Trump."The Prime Minister made it clear (to Trump) that we are not shying away from talks with Pakistan, but we expect certain concrete steps to be taken by Pakistan before that, and we don't find any efforts by them," Foreign Secretary Vijay Gokhale had told reporters at a briefing after the bilateral meeting between the two leaders.

India raised the challenges it has been facing with regard to terror especially in Jammu and Kashmir for the last 30 years, Gokhale said.

New Delhi has repeatedly maintained that dialogue with Pakistan will not be initiated until it takes concrete action against terror emanating from its soil.

Kumar also reiterated India's stand on Kashmir issue that it is a bilateral matter between India and Pakistan and there is no scope for third-party mediation.

"Even yesterday, he (Trump) said that India and Pakistan should both agree for any kind of mediation. Our position is very clear, it has been articulated by the Prime Minister (Modi) earlier. That position remains," he said.

Tensions between India and Pakistan soared following New Delhi`s decisions to abrogate Article 370 which gave special status to Jammu and Kashmir. Pakistan has downgraded its diplomatic ties and suspended bilateral trade with India in the aftermath of the move.

India has maintained that its constitutional decisions on Kashmir are its internal matter a stance that has been supported by many countries around the world.