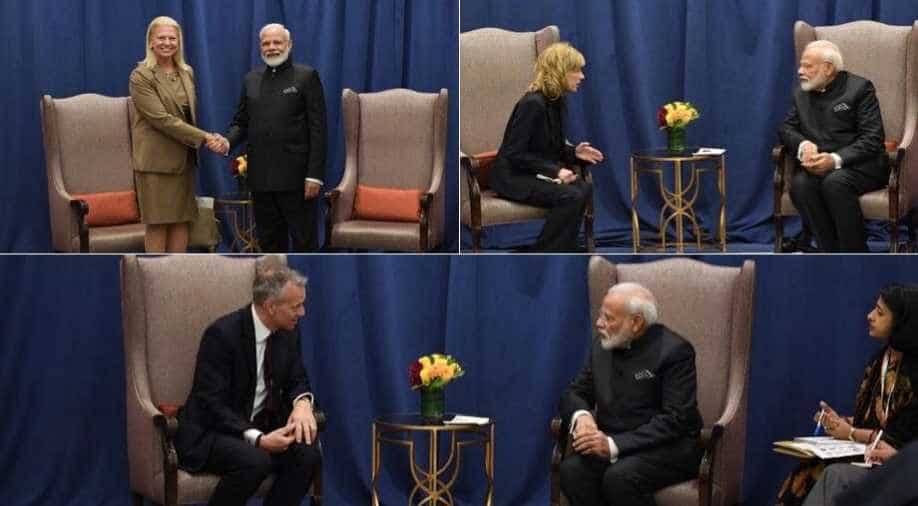 Modi had a tight schedule packed with back-to-back engagements in New York today.

"The meeting with PM Modi was excellent. I congratulate India on their pro-growth policies," Hewson said in a video tweeted by the Prime Minister's office.

Modi had a tight schedule packed with back-to-back engagements in New York today.

He started his day with an address at the Bloomberg Global Business Forum in the morning, following which he held a roundtable with 42 CEOs of top global companies.

He also held a bilateral with his Belgian counterpart Charles Michel.

Modi is currently in the United States on a week-long visit, during which he is slated to speak at the UN General Assembly on Friday.

He has already held a string of engagements, including meeting US President Donald Trump twice -- once during their joint address at the mega Howdy Modi! event in Houston on Sunday and during a bilateral on Tuesday.