Nitish to be next CM of Bihar, asserts Amit Shah amid tensions between BJP, LJP 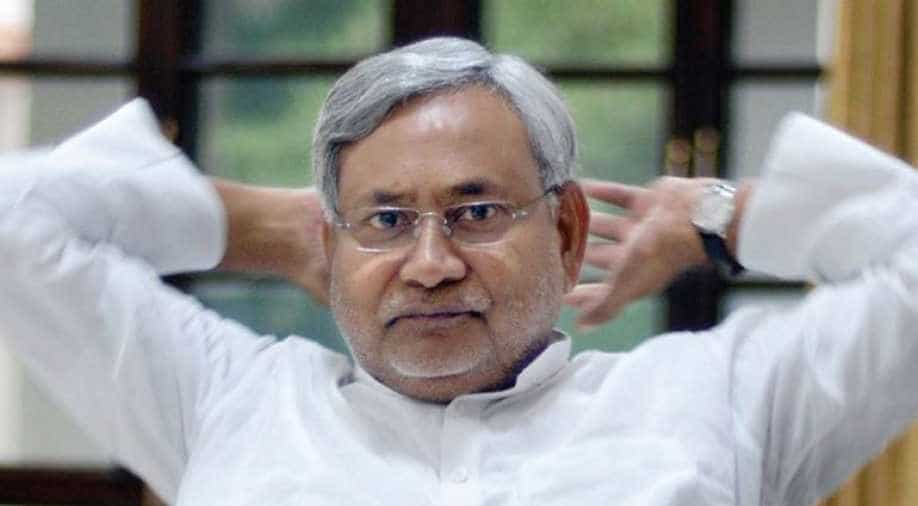 Shah said people of Bihar will get a 'double engine' government -- one at Bihar headed by Nitish Kumar and another at the Centre headed by Prime Minister Narendra Modi.

Union Home Minister Amit Shah on Saturday asserted that Nitish Kumar will be the next chief minister of Bihar after the coming assembly elections in the state.

Shah also said that the NDA will get a two-third majority in the polls.

"There is no if or but. Nitish Kumar will be the next chief minister of Bihar. We have made a public announcement and we are committed to it," he told CNN News18 when asked whether the BJP will stake claim for the chief ministership in Bihar if the saffron party gets more seats than the ally JD(U) headed by Nitish Kumar.

Shah said people of Bihar will get a "double engine" government -- one at Bihar headed by Nitish Kumar and another at the Centre headed by Prime Minister Narendra Modi.

Talking about the Lok Janshakti Party breaking away from the ruling alliance in Bihar, Shah said the party was offered adequate seats but still walked away from the alliance.

Shah's comments come amid the war of words between LJP chief Chirag Paswan and BJP over the former targetting the ruling JD(U) saying voting for it meant pushing the state to "backwardness".

Paswan on Friday asserted that his party will come to power in the state and implement its 'Bihar first, Bihari first' vision document.

The second phase of elections is scheduled to be held on November 3.

Paswan told the party candidates, "It is necessary for all of you to win the assembly election for the sake of Bihar's future. Giving votes to JD(U) means pushing Bihar to backwardness."

"The LJP is not just contesting elections, but will emerge victorious and implement Bihar first, Bihari first," Paswan, who is a Lok Sabha member from Jamui, said.

He also posted a 13-second audio clip of his father and LJP founder, late Ram Vilas Paswan, in which he is heard reciting the same lines to enthuse the party workers and woo the voters.

The LJP has already announced a list of 42 candidates for the first phase of Bihar assembly election slated to be held on October 28.

The party has unequivocally stated that it will put up candidates in 143 constituencies especially to thwart the electoral chances of candidates of the ruling JD(U) which is contesting 122 seats.

The LJP had quit the NDA in Bihar on October 4 saying it will contest the state assembly poll on its own and not under the alliance's chief minister face and JD(U) chief Nitish Kumar.

Paswan's party had, however, clarified that it will not field any candidate against the BJP and the decision to go it alone was taken due to "ideological differences" with the JD(U).

The BJP, which is contesting 121 seats, has termed the LJP as "votekatwa" (one who takes away votes) whose only aim is to ensure that the NDA does not win in Bihar.

"Paswan says he will not let Nitish Kumar become the CM which means that he is opposing the decision of PM Narendra Modi and Amit Shah. What kind of politics is it that on the one hand he (Paswan) showers praise on the PM and on the other opposes Nitish Kumar to whom he (PM) has extended his support?" he said.

The saffron party has iterated that whoever opposes Kumar's candidacy for the CM's post is against the BJP.

Sushil Modi termed Paswan's claim that he has met top BJP leader Amit Shah and discussed the Bihar polls as "false and baseless".

The deputy chief minister said that he had a talk with Shah, who specifically told him that there was no such meeting.

On the issue of poll understanding in the Bihar assembly election between the BJP and the LJP, he said there was difference of opinion between them on seat adjustment as Paswan wanted more of them and the talks had failed.

The LJP had walked out of the NDA in Bihar on its own, Suhil Modi said.