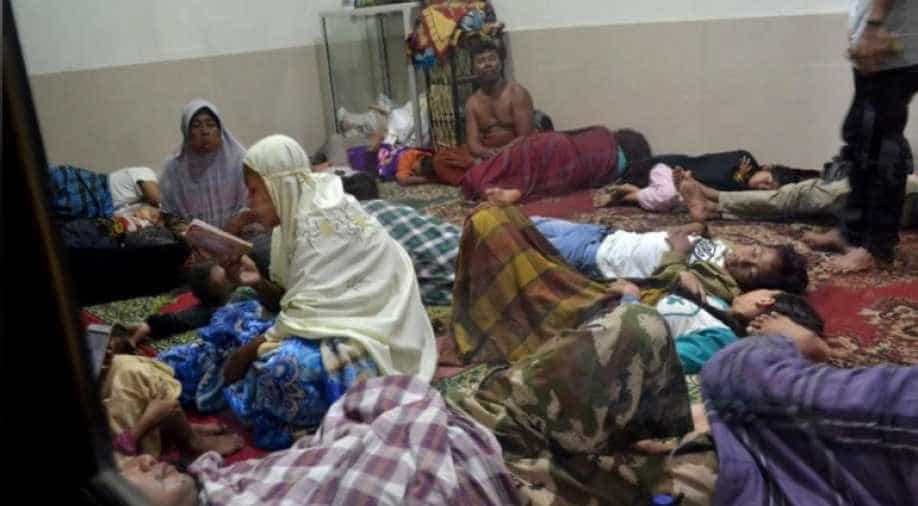 Residents sit inside a mosque as they are evacuated following high waves and the eruption of Anak Krakatau volcano at Labuan district in Pandeglang Regency, Banten province, Indonesia. Photograph:( Reuters )

Authorities say the tsunami may have been triggered by an abnormal tidal surge due to a new moon and an underwater landslide following the eruption of the Anak Krakatoa volcano.

The women, members of the Chennai-based 'Manithi' outfit, are now squatting on the road. Police have thrown a security ring around them.

The area the Turkish troops have entered is controlled by Kurdish forces. The Kurds are backed by the US who use them to fight Islamic State; Ankara however thinks of them as terrorists.

Canada seeks help of allies for release of detainees in China

'How much more freedom do you need?' Anupam Kher asks Naseeruddin Shah

'There’s so much freedom in the country that you can abuse the army, badmouth the air chief and pelt stones at the soldiers. How much more freedom do you need in a country?' Kher asked.