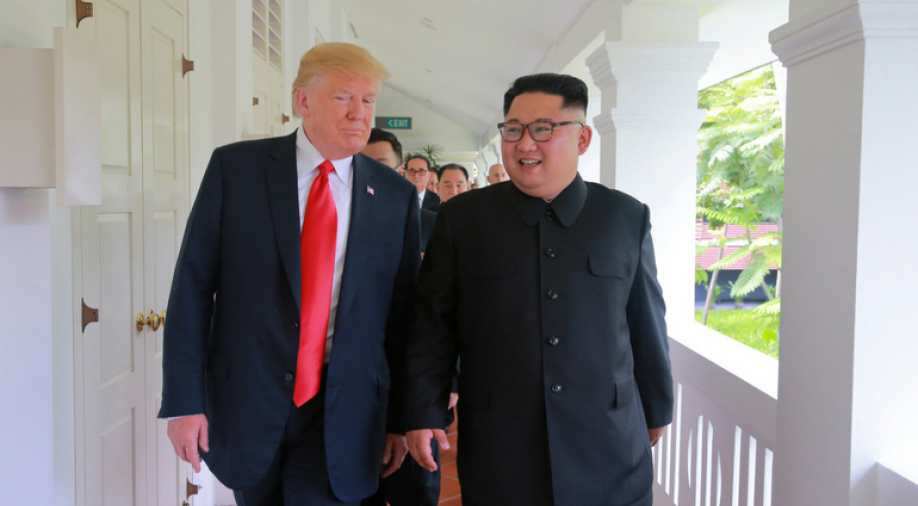 Look forward to seeing Kim in not too distant future, tweets Trump a day after receiving 'beautiful letter'

A day after saying that he received a "very beautiful letter" from North Korean leader Kim Jong-un, US President Donald Trump on Saturday revealed the content of the letter on Twitter.

Death toll from floods across India rises to 95, hundreds of thousands evacuated

The death toll from floods in Karnataka, Kerala and Maharashtra rose to 95, official figures showed on Saturday, as heavy rain and landslides forced hundreds of thousands to evacuate their homes.

Despite Pakistan's announcement of suspension of Thar Express, the train, which plies every week between Jodhpur and Karachi, is running as per schedule on both sides of the international border on Saturday.

Fifty-seven people perished in Tanzania on Saturday when a fuel tanker exploded after overturning on a road west of the capital Dar Es Salaam, police said.

The death toll from a landslide triggered by monsoon rains in eastern Myanmar rose to at least 34, an official said Saturday, as emergency workers continued a desperate search through thick mud for scores more feared to miss.