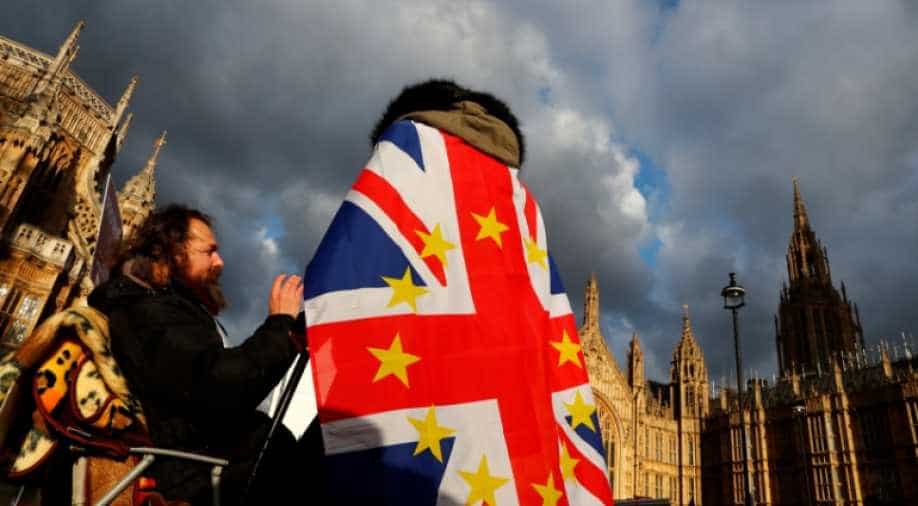 An anti-Brexit demonstrator wears a Union Jack decorated with the stars of the EU flag opposite the Houses of Parliament in London, Britain. Photograph:( Reuters )

The UN chief said he had no information on the case except what had been reported in the media. "It is absolutely essential to have a credible investigation and to have the punishment of those that were guilty," Guterres said at a conference in Doha.

Game of building pressure on the judiciary has begun: PM Modi

Prime Minister Narendra Modi repeated his allegation Sunday that the Congress was putting pressure on the judiciary. "In such a situation," he said, "it's essential to alert the nation and young generation."

Hope no one will now question my ability to win big titles: Sindhu after maiden WTF title

Britain not planning the second referendum on Brexit: Minister

British Education Minister Damian Hinds said on Sunday the government was not planning for a second referendum, denying reports that ministers were looking at such a vote to break the deadlock over Brexit.

He described Prime Minister Theresa May's deal to the leave the European Union as a "balanced" agreement that lawmakers should support.

Now, transgenders en route to Sabarimala sent back by police

The transgenders alleged that the police harassed them and said they were not banned from darshan at the shrine, but the police said there was a need to get some legal clarity in this issue.