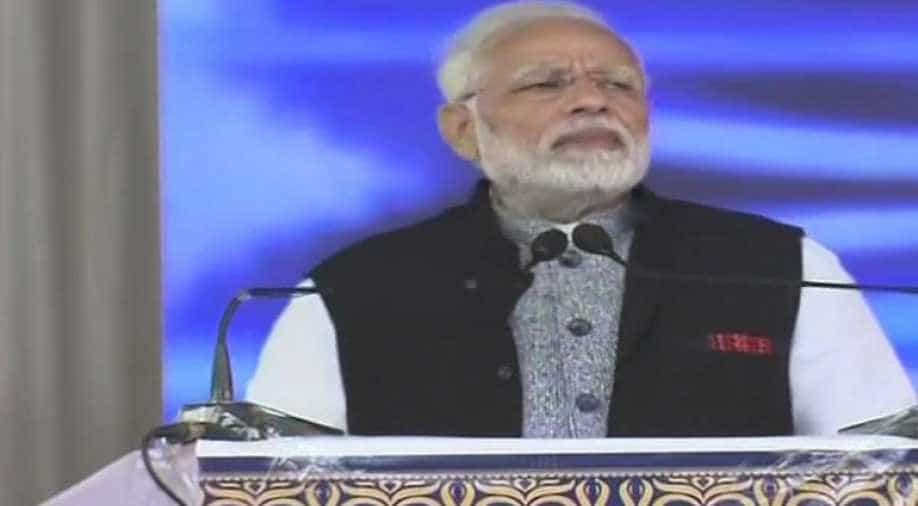 2019 Lok Sabha polls will be 'Janata versus Gathbandhan': PM Modi

The 2019 Lok Sabha elections will be a "public versus coalition" contest, Prime Minister Narendra Modi said on Tuesday while ridiculing the alliance proposed to be formed by anti-BJP parties.

The multi-agency operation to rescue the miners trapped in a flooded quarry in Meghalaya's East Jaintia Hills district was hindered after the high-powered pumps encountered technical snags on Tuesday, officials said.

Jet fuel price Tuesday was cut by a record 14.7 per cent on the back of decline in international rates, making it cheaper than both petrol and diesel.

Prime Minister Sheikh Hasina has said that she will be the "premier of all" Bangladeshis and her government's first priority would be to continue the economic reforms.

Prime Minister Hasina's Awami League and its allies won a landslide victory in the general elections on Sunday, bagging 288 of the total 299 seats which went to the polls.

Surgical strikes decision was a 'big risk' but I was more concerned about safety of soldiers: PM Modi

"Come back before sunrise, irrespective of the success or failure of the mission". This was the message of Prime Minister Narendra Modi to the Indian Army Special Forces' commandos who went across the Line of Control (LoC) on September 28, 2016 to carry out surgical strikes at terrorist camps in Pakistan-occupied-Kashmir.