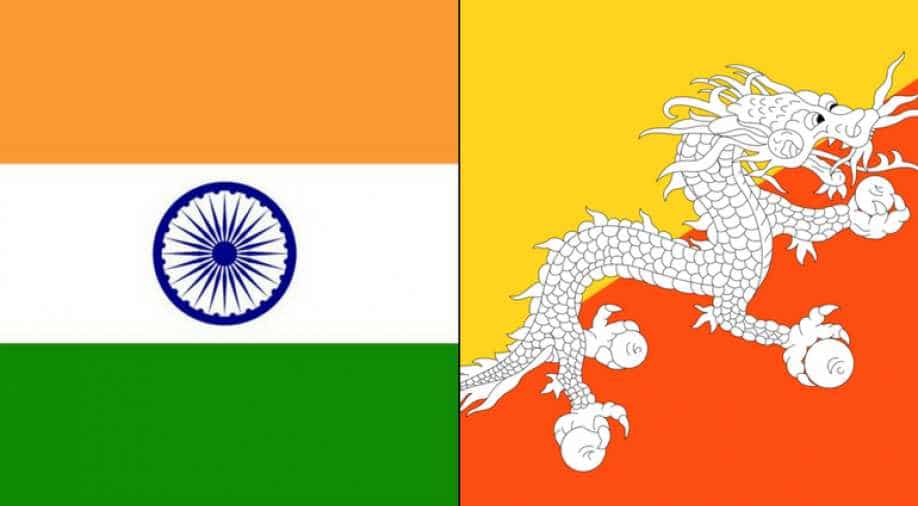 Flags of India and Bhutan (File photo). Photograph:( Others )

Tshering recently took over as the eighth prime minister of Bhutan.

The New prime minister of Bhutan, Lotay Tshering, will be visiting India on December 27th. This will be his first foreign visit after taking charge.

Tshering recently took over as the eighth prime minister of Bhutan.

PM Modi during his call had conveyed that India attaches the "highest priority to further strengthening unique ties of friendship and cooperation with Bhutan, which is based on shared interests and values, utmost trust, goodwill and mutual understanding."

Indian foreign secretary Vijay Gokhale was the first Indian official to visit Bhutan to meet the new prime minister. During the meet, Bhutanese PM had said that he was committed to "strengthening the special bond of friendship and cooperation shared by the two countries."

Tshering also assured India that “our foreign policy should not change every five years with the change in government”.

This year marks the golden jubilee year of establishment of diplomatic ties between India and Bhutan, as a result, several events have been organized. "Bhutan Week" was celebrated in New Delhi in September with India's vice president Venkaiah Naidu the chief guest at the event.

In 2017, a crisis erupted at Doklam in Bhutan, which is a trijunction area of Bhutan, India and China, when the Chinese army tried to construct a road in the area. This led to an almost two-month long standoff between Indian and Chinese forces in the region.

Later during the official visit of the Bhutanese King and Queen to India in 2017, President Ram Nath Kovind had “conveyed deep appreciation for the King of Bhutan’s personal involvement and guidance and the support provided by Bhutan in addressing the recent situation in the Doklam area”.

In April 2014, an Inter-Governmental Agreement was signed between India and Bhutan for development of four more HEP’s of capacity 2120 MW (600 MW Kholongchhu, 180 MW Bunakha, 570 MW Wangchhu and 770 MW Chamkharchhu) under the Joint Venture Model.