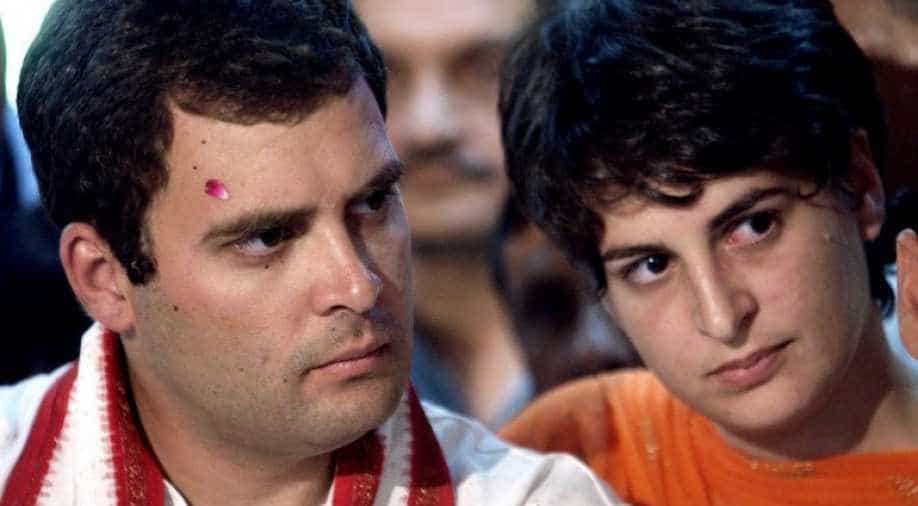 The posters that came up outside the Congress Party’s headquarters office at Akbar Road in Delhi late on Tuesday were removed by workers of the New Delhi Municipal Corporation (NDMC) on Wedesday morning.

Posters outside the AICC office featuring Congress President Rahul Gandhi along with newly inducted party general secretary Priyanka Gandhi and her husband Robert Vadra were on Wednesday taken down by the NDMC.

Vadra’s photograph was featured along with the two Gandhi siblings in the posters which had “Kattar soch nahi yuva josh” (No extremist thinking but youthful thinking) written on top and along with the tag line of “Jan Jan ki hai Pukar, Rahul Ji Priyank Ji abki baar” (The public wants Rahul and Priyanka this time).

The posters that came up outside the Congress Party’s headquarters office at Akbar Road in Delhi late on Tuesday were removed by workers of the New Delhi Municipal Corporation (NDMC) on Wedesday morning.

BJP leader Sambit Patra said the posters that had come up were of criminals.

“Posters of two criminals have been put in front of Congress office. Both of them are out on bail; Criminal no.1 Rahul Gandhi in connection with National Herald case and criminal number two Robert Vadra who has to appear before ED today in connection with money laundering case.”

Robert Vadra is to appear before the Enforcement Directorate pertaining to a 2009 petroleum deal case.

A Delhi court had given Vadra interim bail till February 16 in connection with a  money laundering case.

Jagdish Sharma, who had helped in putting up the posters said, “I put up the posters at 4 am in the morning. Later on, I got the information that NDMC removed all the posters,” Sharma said.

The posters come a day after Priyanka Gandhi returned to the national capital after her trip abroad, Soon after her arrival Priyanka conducted meeting with Rahul and other prominent members of the party to review ongoing preparations for the Lok Sabha polls.