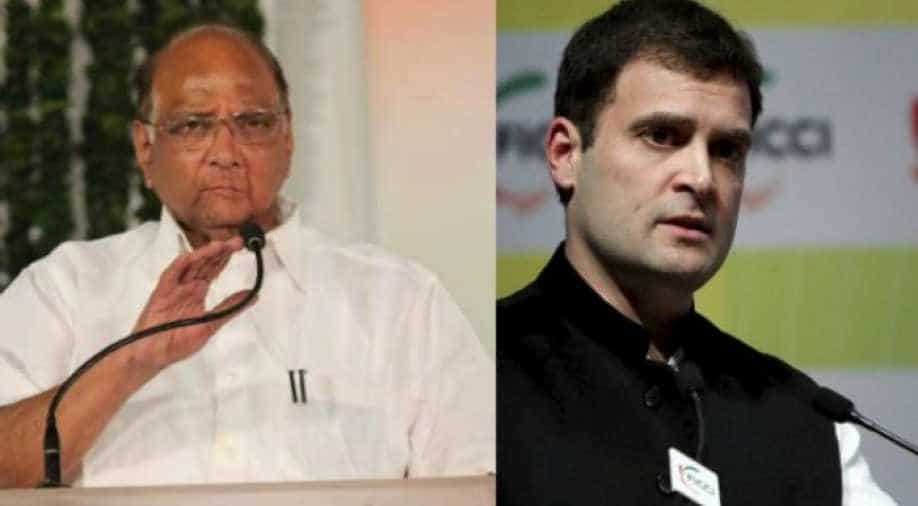 he NCP had demanded six seats in Gujarat Photograph:( India.com )

NCP leader Dhananjay Munde today blamed the Congress for his party going solo in the just-concluded Gujarat polls but did not rule out an alliance with it for the general elections in 2019.

He said the NCP had demanded six seats in Gujarat, but the Congress did not agree to it.

"The NCP had demanded six seats in Gujarat. As per my information, (NCP chief) Sharad Pawar and (then Congress president) Sonia Gandhi had agreed on seat-sharing. But on the next day, the Congress announced its list of the seats, which we were going to contest," Munde told reporters here ahead of the state's Legislature's sitting for the day.

"This is how the Congress treated us and the NCP decided to go ahead. Now they should not blame us," he said.

The Leader of Opposition in the state Legislative Council was responding to a question about the NCP playing 'spoiler' in the Gujarat elections.

In the 182-member Gujarat assembly, the BJP retained power by bagging 99 seats, while the Congress got 77 seats. The NCP emerged victorious on one seat.

Asked if the NCP and the Congress will join hands for the next general and Maharashtra assembly polls, Munde said, "My hunch is that the BJP will hold the assembly elections along with general elections, which will be held in the summer of 2019."

Commenting on the BJP-Shiv Sena alliance, Munde said it is clear that the two parties are not very comfortable with each other.

"The way the BJP is treating the Sena, I don't think they will contest together. Whereas both the Congress and the NCP are likely to contest general and assembly elections together," he said.