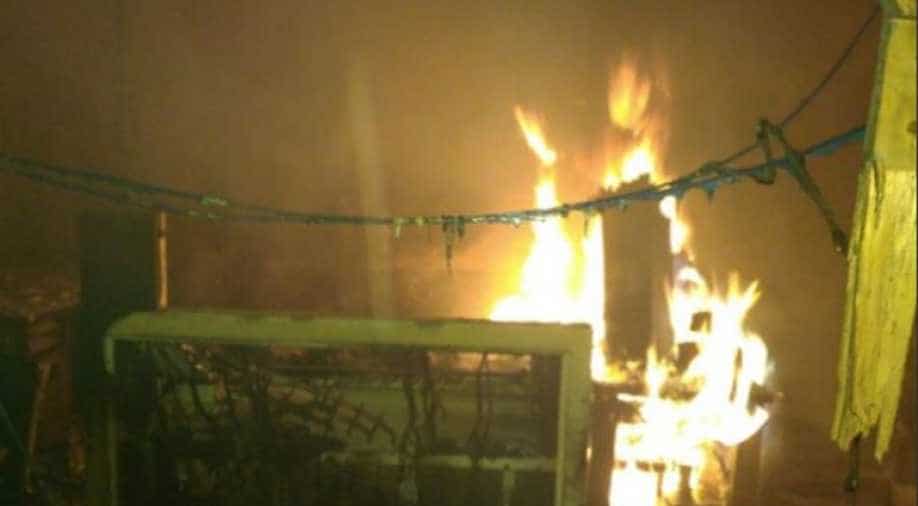 The assistant station master Mukesh Kumar and a porter Nirendra Mandal were the two officials who were abducted from Bihar's Masudan Railway Station.

The assistant station manager called up the Maldah Divisional Railway Manager (DRM), saying naxals have threatened to kill them if trains continue plying on Masudan track.

Around 15 Maoists including women attacked Masudan railway station at around 2 am, said Kripasagar, Station House Officer (SHO) of the GRP police station at Jamalpur.

The left-wing extremists also set ablaze the signalling panel and threw official papers into the fire, the SHO said.

He said railway traffic was disrupted on Jamalpur-Kiul section for about an hour due to torching of the signalling panel. Movement of trains was restored after the fire was extinguished.

Efforts were on to trace the abducted railway personnel and secure their release, the SHO said.

All passengers were requested to take other alternatives as a precautionary measure.

The attack comes on a day when Maoists had called for a 24-hour bandh across Bihar and neighbouring Jharkhand in protest against operations against them.

Bihar is a part of the so-called red corridor that passes through resource-rich areas of central, southern, western and eastern India and is mostly inhabited by underprivileged tribes.

Naxalites say they are fighting for the rights of marginalised tribal groups.

Naxalites operate from jungle bases but often descend on villages to demand protection money and recruit young men and women to their ranks.

Since his election in 2014, Prime Minister Narendra Modi has been seeking to stem the insurgency through development funds for revolt-hit areas and improving policing.