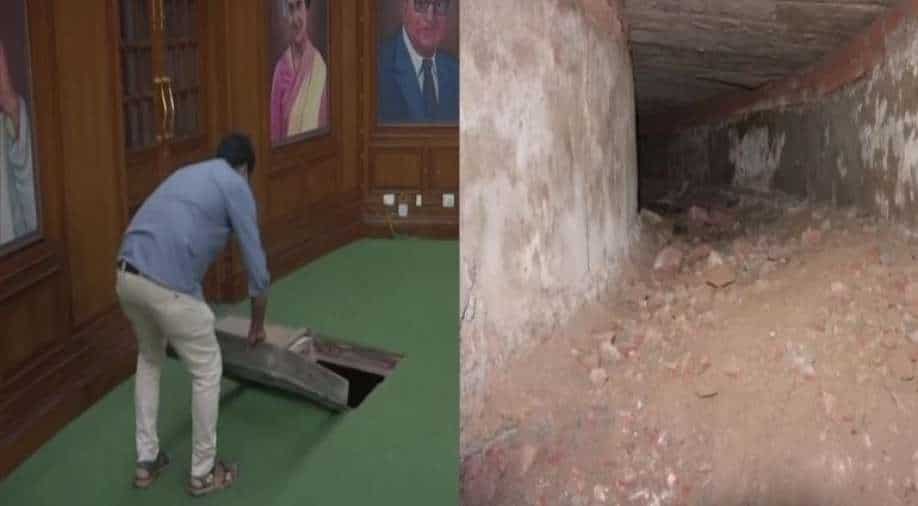 A mysterious structure resembling a tunnel has been discovered at the Legislative Assembly of India's capital, New Delhi.

The tunnel's entrance is hidden and it connects Delhi's Legislative Assembly to the Red Fort.

''There is no clarity over its history, but it was used by Britishers to avoid reprisal while moving freedom fighters,'' said Delhi Assembly Speaker Ram Niwas Goel.

The hidden passage discovered dates back to 1911 when Britishers moved the Indian capital from Calcutta (Kolkata) to New Delhi during its colonial rule.

The origin of the tunnel has been identified and it will soon be available for a public visit after it is refurbished by August 15 next year.

The shallow chamber is 5 feet deep and 15 feet wide and is concealed beneath the colonial building that used to house the Indian parliament.

During British rule, it was used to ferry prisoners from the Red Fort to the courtroom.

The fortified building was made during the Mughal era but the Britishers held political prisoners inside it.