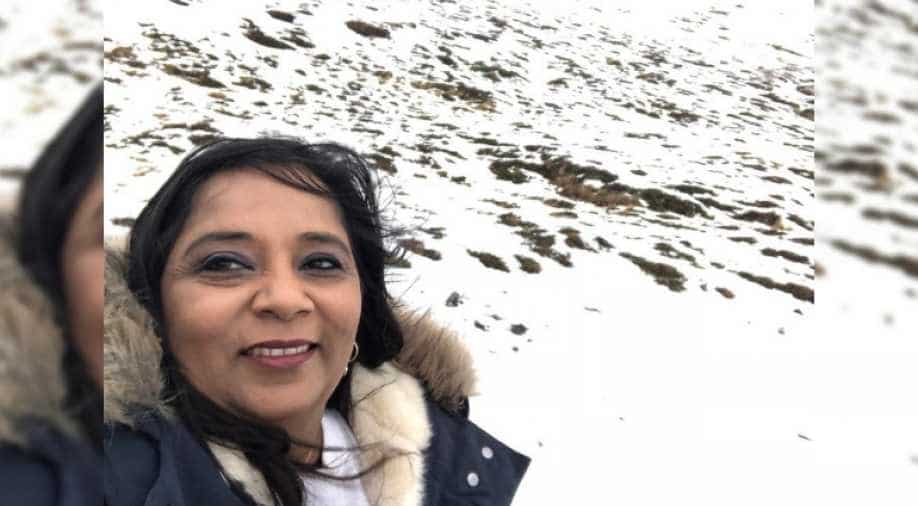 Bharulata Patel-Kamble's children wanted to tell Santa to remove cancer - which she had been diagnosed with recently - from the world. In the process, Bharulata and her children ended up driving 35,000 km across 32 countries.

In a candid conversation with WION, the UK-based Bharulata Patel opened up about her achievement of becoming the first Indian-origin woman to drive single-handedly through the Arctic Circle. Bharulata was accompanied by her two children, Priyam, 13, and Aarush, 10.

"Driving has been my passion for a very long time. I started driving 22 years ago. As a young college girl, I got a second-hand car and took it for a spin. Loud music was also a part of the joyful rides and eventually, the drill became my therapeutic hobby and stress buster. Soon I was an explorer and this became a part of me," Bharulata told WION.

But it has been no easy journey. In October 2007, Bharulata met with a major accident while she was pregnant with her second child. As a result, apart from her other serious injuries, she gave birth to a premature baby. It took her 55 counselling sessions and five years to get behind the wheel again.

Since then, Bharulata has achieved the stupendous feats of travelling 35,000 kilometres across 32 countries (from UK to India), and travelling 2,792 km in 39 hours (that was a record).

"I was diagnosed with cancer in December 2017, which has changed my life. One day both my children came to me and the younger one gave a fantastic idea that we should go to the North Pole and meet Santa. He wanted to meet Santa Claus and ask him to pass his message to God to remove cancer from the world. They also made the suggestion that this trip would also take my mind off cancer," said Bharulata.

And so on October 21 this year she began to drive up to the Arctic Circle. She completed her expedition on November 9.

WION: How difficult or easy was it to take your children with you?

Bharulata Patel: I think the most difficult part was convincing the school to send the children with me. Here in UK, if the kids take a break from school then both the parents have to pay a fine of 60 pounds per child per day. Which is a huge amount of money, but I was able to convince the school that it would be a great educational and learning opportunity for the kids and they would get to know about the weather, landscape, flora, fauna and the human habitat there. Later, the journey was followed by a lot of schools. Also, my children got a chance to see the 7 kilometre-long tunnel which is 700 feet below the sea. They also saw the Nordkapp Globe Monument in Norway where the land ends five feet after the structure.

WION: Most memorable moment on your Arctic expedition?

BP: The most memorable moment for me which will always make me proud is that I was able to give my children an opportunity to hoist the Indian flag in the Arctic Circle. Seeing my children hoisting it made me really happy and feel honoured. Another horrific instance that has become a memory now is when I was stuck and stranded in the snow for a couple of hours amid a snowstorm. Later, Swedish authorities had to come to rescue us. However, I had this idea in my mind constantly whether I am putting my children through too much? But they enjoyed the snow and were sure that somebody will come to get them. Also, they would have an amusing tale to tell their friends.

(Bharulata, Priyam and Aarush on the road.)

(A snapshot from the road.)

WION: How do you feel after your feat?

BP: I feel absolutely brilliant. I follow one motto in my life — Be bold, be the Change! You can be the change. You have the ability to change the world but start with yourself.

WION: What are your future expedition plans?

BP: I have planned to travel across 50 countries alone, this project has already been presented in the British parliament but the cancer treatment has put the plan on hold. However, I would be working on achieving the record soon which still remains unconquered.

WION: Who has been your source of inspiration?

BP: I draw my inspiration from my grandfather who always taught me to remain positive no matter how people behave with you. He inspired me to work hard, have a clear goal and perseverance to achieve.

WION: Did your passion meet societal — a woman driving out on expeditions single-handedly — hindrances?

BP: My husband has been my support system. He was always been there for me and has always encouraged me. He did not tell my in-laws about my 32-countries journey. It came as a surprise for them but they also took it positively. However, there were other people who asked me to stay at home as I had a well-settled life. They used to remind me about my accident and nobody believed that I could do it but then I travelled to 32 countries. People used to tell me that I am insane to which I just replied, 'Only insane people create history'.