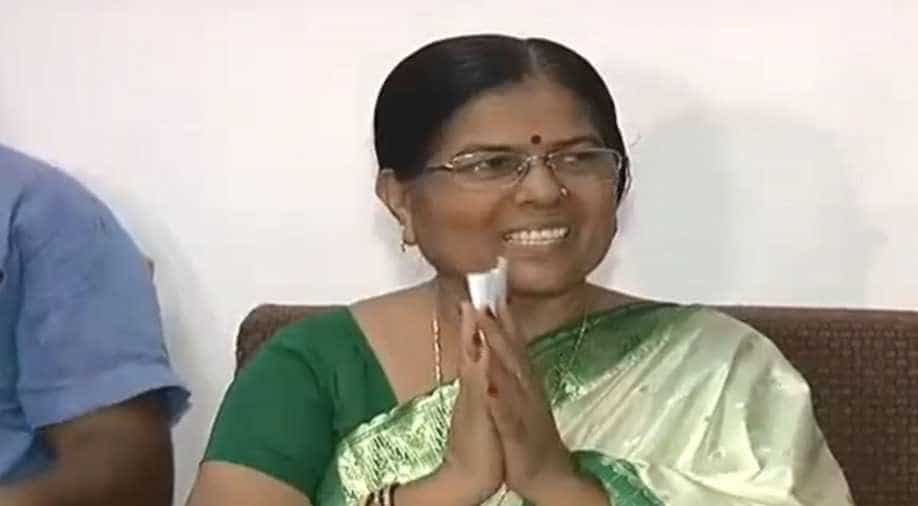 Bihar’s social welfare minister Manju Verma submitted her resignation on Wednesday in the wake of Muzaffarpur shelter home case. Her husband has been accused of having links with alleged mastermind Brajesh Thakur.

Verma said that she resigned due to agitation by media and the opposition, and hopes that the CBI and judiciary give a clean chit to her husband.

Talking to ANI, Verma said, "I resigned because media and opposition had created a furore, but I have full faith in CBI and Judiciary, I am sure truth will be out and my husband will come out clean."

"Call records of accused Brajesh Thakur should be made public, we will then see who all he used to talk to," she further said.

The police say call records confirm that minister Manju Verma's husband was regularly in touch with the man who ran the shelter home in Muzaffarpur in which over 30 girls were raped and tortured, reports said.

However, Brajesh Thakur on Wednesday claimed that he has been falsely implicated as he was planning to join the Congress party. Thakur was produced before the court among other accused.

"I was thinking of joining the Congress and it was almost final that I will contest elections from Muzaffarpur. That is the reason why I have been unnecessarily framed in the case. None of the girls (inmates of the shelter home) has taken my name. You can check that yourself," Thakur said as quoted by ANI.

Speaking about Madhu Kumari, who is one of the accused and currently absconding, Thakur further said, "I have never had any relation with Madhu. This has been propagated by some newspapers who want my newspaper office to shut down. Their business is getting affected due to my newspaper that is the reason why it is happening."

He further admitted having spoken to Manju Verma's husband but denied to have known him well.

The shelter home case was uncovered around three months ago after a report by the Tata Institute of Social Sciences (TISS) in April revealed that the inmates were allegedly sexually abused.

On Tuesday, the Supreme Court came down heavily on the case and raised question over the funding of the Non-Governmental Organisation (NGO) that were running the shelter home.