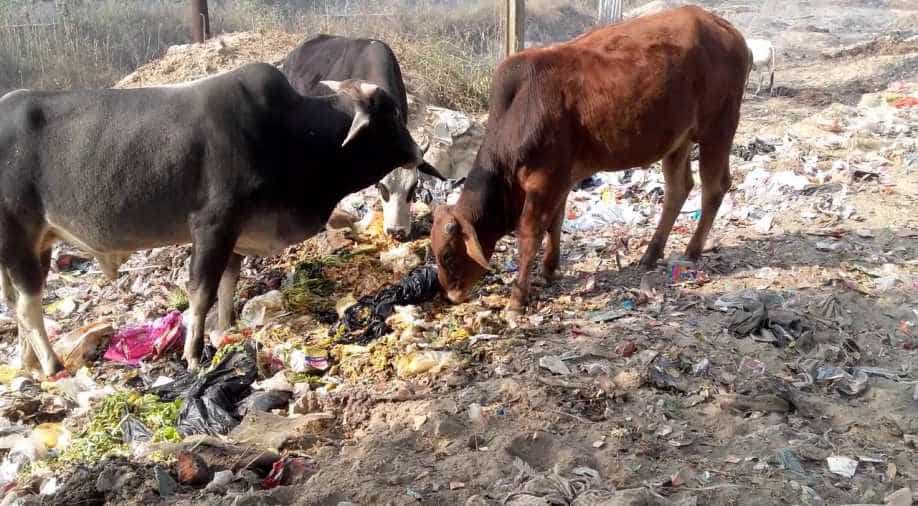 Plastics affect the cows’ ability to produce milk, and they end up on the streets again, this time abandoned by the herder. Source: Youtube Photograph:( Others )

A man in Madhya Pradesh was allegedly beaten to death by villagers for killing cattle on Friday.

The incident happened in Satna district when people from Amar village beat the man to death and also injured a driver. They were allegedly beaten up by the attackers armed with sticks.

The man died at the district hospital in Satna a few hours after the alleged assault.

The police said that they had found a slaughtered bull and meat of two other bulls packed in sacks from the spot.

The police have taken into custody at least 4 suspects in the case and a probe is underway.

Early morning on Friday, two people from Amgar village saw a group of people with the cattle. However, when they reached the spot, four of the group members had fled while two from the same group — Riaz and Shakeel — who were with the cattle, were severely beaten up by the villagers.

Later, when the police reached the spot in the early hours of Friday, they found a man dead and the driver, lying in a critical state.

Madhya Pradesh amended its rules against cow slaughter in 2012 and raised the maximum punishment from three years’ imprisonment to seven years.