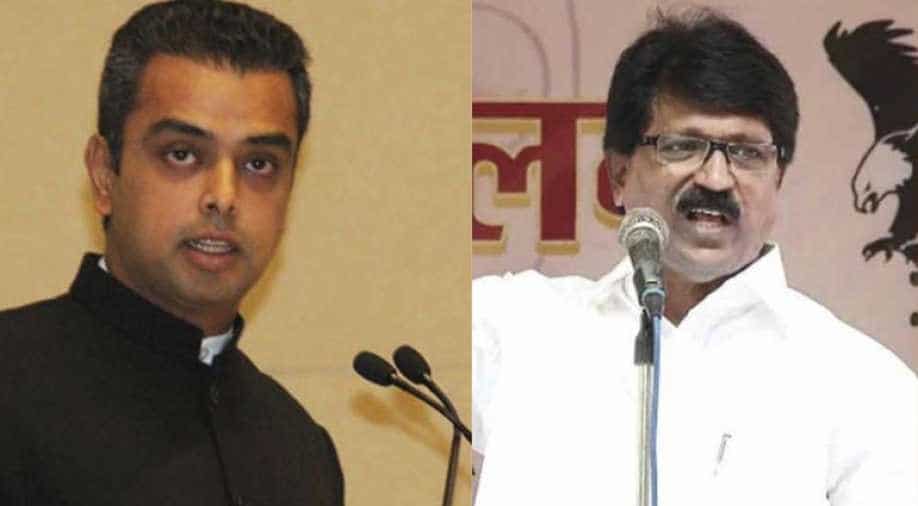 Mumbai South will be going to the polls on April 29th which will witness a high profile clash between the Congress and Shiv Sena.

Congress candidate Milind Deora will be fighting against Shiv Sena's Arvind Sawant in the prestigious Mumbai South Lok Sabha constituency. Mumbai South will be going to the polls on April 29th which will witness a high profile clash between the Congress and Shiv Sena.

Milind is no stranger to the voters in this area since his father, former oil minister Murli Deora won three successive Lok Sabha polls in 1984, 1996 and 1998 from this constituency.

However, it won't be easy for Milind Deora to beat Sawant, 67, since the sitting Shiv Sena MP had beaten the Congress leader by over 1.2 lakh votes in 2014 as the BJP and its ally Shiv Sena swept Mumbai during the all-encompassing Modi wave.

Despite the anti-incumbency factor, Sawant won't be an easy candidate to beat for Congress ex-MP Deora. The Shiva Sena MP has risen to the top through the ranks in the party. He was born in Kumbhavade in Sindhudurg district in Maharashtra and completed his school and college education in Mumbai.

The Shiv Sena MP has been in active politics since the late 1960s for the Shiv Sena.

Arvind, a keen orator, started his political carrier as a social worker and trade union leader winning the Maharashtra legislative council seat for the first time in 1996, then again in 2004.

He has worked in various positions for the Shiv Sena at the grassroots in Maharashtra. He is credited with working for employees of MTNL in Maharashtra helping to fulfil wage agreements.

He was the spokesman and deputy leader of the Shiv Sena before the 2014 elections, after which he began climbing the political ladder. Sawant's victory in the Lok Sabha polls in 2014 was the pivotal moment of his decades' long political career.

After he became an MP, Sawant became a member of the estimates committee and Standing Committee on petroleum and natural gas. He is also a member of consultative committee of ministry and communications and Information Technology.

He became an MP at the age of 27 after winning the 2004 Lok Sabha polls beating Congress candidate Jaywantiben Mehta with a sizable 10,000 votes from Mumbai South. He was re-elected in 2009 with an even bigger margin of over 1.12 lakh votes.

Deora was given the post in the Manmohan cabinet as MoS Communications and Information Technology during his second term as an MP in 2011 and was given additional charge as MoS Shipping in 2012.

He was also a member of several committees during his tenure as MP including Standing Committee Ministry of Defence and Consultative Committees Urban Development, Ministry of Civil Aviation.

The prestigious Mumbai constituency which is one of the 48 Lok Sabha constituency is now bracing for a war of opposites as the Congress seeks to wrest the seat from Shiv Sena which has made major strides in the state ably helped by its ally BJP.

The results to be declared on May 23rd will be keenly followed since nobody can point towards a clear winner.